Ukraine's Odessa Gets First WTI Oil Cargo from US 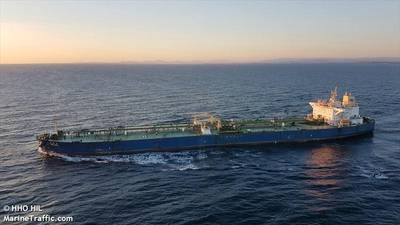 Ukraine's Black Sea port of Odessa is set to receive on Wednesday its first ever West Texas Intermediate (WTI) oil cargo from the United States, according to industry sources and shipping data, just a month after the front-month futures for the blend turned negative.

U.S. West Texas Intermediate (WTI) May crude futures sank to minus $38 per barrel on April 20, just days before their expiration, in a quirky trading pattern never seen before, amid overproduction and lack of storage capacity inflicted by the coronavirus-battling restrictions.

On Wednesday, the front-month WTI futures were trading at above $32 a barrel.

Industry sources said that the Umla tanker has shipped in BP's 80,000-tonnes cargo for further delivery to the Kremenchug refinery of Ukrtatnafta. The value has not been disclosed.

Kiev has moved to diversify its energy supplies from its ex-Soviet master, Russia, following Moscow's annexation of the Crimean peninsula in 2014 and subsequent flair-up of pro-Russian insurgency in eastern Ukraine.

The country has stopped buying Russian natural gas since November 2015.

Odessa last received an oil cargo from the United States, the Bakken crude blend, in March.