Are Unmanned Surface Vessels the Key to a 500-Ship U.S. Navy?

In an era of great power competition, navies – by virtue of their ability to span the globe and effectively deliver combat power – are likely to be the sine qua non of military power. This leads, naturally, to the tendency to count numbers of ship hulls when comparing the strength of navies. Lost on no one is the fact that the size of China’s Navy now exceeds that of the U.S. Navy, and the gap in ship numbers is growing.

During the Cold War, while the quality of their ships might not have been equal to that of the U.S. Navy, the Soviet Union boasted a far larger Navy than the United States and professed the intention to use it against the United States and its NATO allies. As a result, at the height of what has become known as the Reagan Defense Buildup in the 1980s, the U.S. Navy evolved a strategy to build a “600-ship Navy.” That effort resulted in a total number of Navy ships that reached 594 in 1987.

Recently, the U.S. Chief of Naval Operations, Admiral Michael Gilday, revealed the Navy’s goal to reach 500 ships, calling for over 350 manned ships and 150 large unmanned maritime vehicles in order to be able to fulfill the Navy’s global commitments, especially in a potential conflict with China.
While the U.S Navy has the aspiration of using unmanned maritime vessels to increase the size of the Fleet, the U.S. Congress has been increasingly reluctant to authorize the Navy’s planned investment of billions of dollars on USVs until the service can come up with a concept of operations (CONOPS) for using them. Congress has a point.  Unless the Navy can evolve such a CONOPS, it is unlikely that a 500-ship fleet populated by 150 unmanned surface vehicles will ever reach fruition.

A Concept of Operations for Unmanned Surface Vehicles

The concept of operations proposed is to marry various size unmanned surface, subsurface and aerial unmanned vehicles to perform missions that the U.S. Navy has—and will continue to have—as the Navy-After-Next evolves. Simply put, the Navy can use the evolving large unmanned surface vehicle as a “truck” to move smaller USVs, UUVs and UAVs into the battle space.

While there are a plethora of important Navy missions this combination of unmanned platforms can accomplish, this article will focus on two: intelligence surveillance and reconnaissance (ISR) and mine countermeasures (MCM), two critically important Navy missions. The technical challenge remains to ensure that the multiple sized UxSs associated with these missions can be adapted to work together toward a common goal.

This article offers concrete examples, using commercial-off-the shelf (COTS) unmanned systems that have been employed in recent Navy and Marine Corps exercises. In each case, these systems not only demonstrated mission accomplishment, but also the hull, mechanical and electrical (HME) maturity that Congress is demanding before proceeding ahead with robust acquisition of Navy unmanned systems.

While there are a wide range of medium unmanned surface vehicles (MUSVs) that can potentially meet the U.S. Navy’s needs, there are three that appear to be furthest along in the development cycle. These MUSVs cover a range of sizes, hull types and capabilities. They are:

All these MUSVs are viable candidates to be part of an integrated unmanned solution CONOPS. I will use the MANTAS and Devil Ray craft for a number of reasons. First, they come in different sizes with the same HME attributes. Second, the Sea Hunter is simply too large to fit into the LUSVs the Navy is considering. Third, the CUSV is the MUSV of choice for the Littoral Combat Ship (LCS) Mine-Countermeasures Mission Package, and all CUSVs scheduled to be procured are committed to this program.

Part of evolving and operational concept for employing unmanned surface vehicles involves placing them in the environment where they can perform their missions of ISR and MCM. This is not a trivial task, especially since the United States must be prepared to deal with peer and near-peer adversaries with robust anti-access and area denial (A2/AD) capabilities.

If the U.S. Navy wants to keep its multi-billion-dollar capital ships out of harm’s way, it will need to surge unmanned maritime vehicles into the contested battlespace while its manned ships stay out of range of adversary A2/AD systems. Small and medium USVs, UAVs and UUVs need a large USV (LUSV) to deliver them to an area near the battlespace.  The Navy envisions LUSVs as being 200 feet to 300 feet in length and having full load displacements of 1,000 tons to 2,000 tons.

Depending on the size that is ultimately procured, the LUSV can carry a number of T38 Devil Ray unmanned surface vehicles and deliver them, largely covertly, to a point near the intended area of operations. The T38 can then be dispatched to perform the ISR mission, or alternatively, can launch one or more T12 MANTAS USVs to perform this mission.

For the MCM mission, the LUSV can deliver several T38s equipped as with mine-hunting and mine-clearing systems (all of which are COTS platforms tested extensively in Navy exercises). These vessels can then undertake the “dull, dirty and dangerous” work previously conducted by Sailors who had to operate in the minefield.

The Future of Unmanned Surface Vehicles

This is not a platform-specific solution, but rather a concept. When Navy operators see a capability with different size unmanned COTS platforms in the water successfully performing the missions presented in this article, they will likely press industry to produce even more-capable platforms to perform these tasks.
While evolutionary in nature, this disruptive capability delivered using emerging technologies can provide the U.S. Navy with near-term solutions to vexing operational challenges, while demonstrating to a skeptical Congress that the Navy does have a concept-of-operations for the unmanned systems it wants to procure. 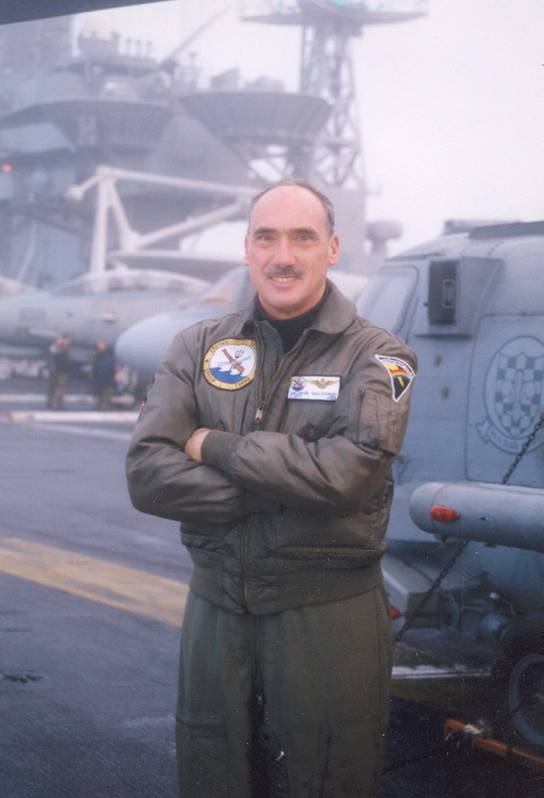 About the Author: George Galdorisi is Director of Strategic Assessments for the Naval Information Warfare Center Pacific. He enjoys writing, especially speculative fiction about the future of warfare. He is the author of fifteen books, including four New York Times bestsellers.