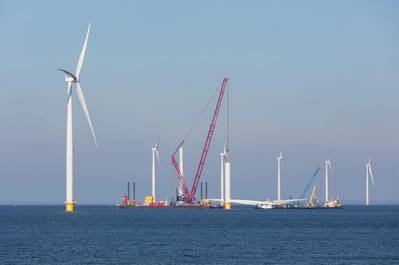 Power plant developers and operators plan to install more than 6 gigawatts of offshore wind capacity at sites mostly along the U.S. eastern seaboard over the next seven years, the U.S. Energy Information Administration (EIA) said in a report on Thursday.

The Biden administration has set a goal of reaching 30 GW of offshore capacity by 2030, up from just 42 megawatts currently with two small projects, as part of its clean energy push.

The additions include projects off the coasts of New Jersey, Maryland, and Virginia, and Lake Erie, near Cleveland, Ohio, the EIA said.

The Biden administration plans to partner with 11 East Coast states to accelerate development of offshore wind facilities and create jobs by supporting a domestic supply chain for the industry, the White House said earlier this month.

For comparison with onshore capacity, the EIA said the United States had more than 135 GW of net summer capacity of onshore wind as of March, and developers plan to add another 21 GW of onshore wind capacity through 2026.

(Reuters - Reporting by Arundhati Sarkar in Bengaluru/Editing by Marguerita Choy)