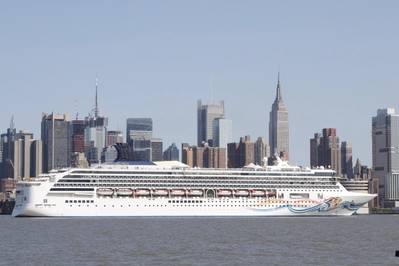 The cruise industry has voluntarily suspended U.S. cruises until at least October 31, a month beyond the no-sail order date set by U.S. Centers for Disease Control and Prevention (CDC).

"We believe it is prudent at this time to voluntarily extend the suspension of U.S. ocean-going cruise operations to October 31," trade group Cruise Lines International Association (CLIA) said in a statement on Wednesday.

"We believe this proactive action further demonstrates the cruise industry’s commitment to public health and willingness to voluntarily suspend operations in the interest of public health and safety, as has occurred twice prior," CLIA's statement said.

CLIA members had previously extended their operational pause through September 15, announced before the CDC restricted cruising through September 30, and several CLIA members such as Royal Caribbean have already paused operations through the month of October. Carnival's Princess Cruises has suspended U.S. voyages through December 15.

CLIA noted that the November 1 return to sailing date is subject to change. "CLIA cruise line members will continue to monitor the situation with the understanding that we will revisit a possible further extension on or before September 30, 2020," it said. "At the same time, should conditions in the U.S. change and it becomes possible to consider short, modified sailings, we would consider an earlier restart."

The latest no-sail extension comes amid reports of confirmed coronavirus cases on several cruise ships that have resumed operations in other parts of the world, including an outbreak on board Hurtigruten's Roald Amundsen.

Stuck at a virtual standstill since March, the cruise industry has been among those hardest hit by COVID-19. The trade group said the decision to further extend the operational pause was not easy to make as U.S. cruise activity generates $53 billion in economic activity annually and supports nearly 421,000 American jobs, according to a recent CLIA study. The trade group said each day U.S. cruise operations are suspended results in a loss of up to $110 million in economic activity and 800 direct and indirect American jobs.