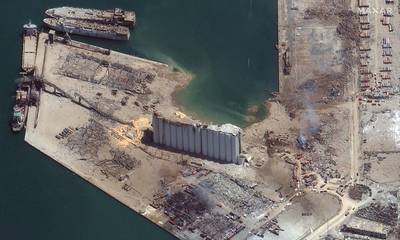 The U.S. Federal Bureau of Investigation on Friday confirmed that it will assist authorities in Lebanon investigating the cause of the explosion that devastated Beirut and killed 172 people.

"At the request of the Government of Lebanon, the FBI will be providing our Lebanese partners investigative assistance in their investigation into the explosions at the Port of Beirut on August 4th," FBI headquarters said in a statement to Reuters.

"As this is not an FBI investigation, the FBI will not offer additional comment at this time. Further questions should be directed to the Lebanese authorities as the lead investigators," the FBI added.

A law enforcement official said that the FBI could not provide details of what specific kind of assistance the bureau would provide and whether FBI personnel were already on their way to Beirut.

U.S. government agencies have not publicly released any statements or materials indicating the view of U.S. investigators and spy agencies on the causes of the blast.

However, U.S. government sources have privately said that based on the evidence presently available, U.S. agencies believe that the explosion at the hangar, where large quantities of potentially volatile ammonium nitrate were stored, was most likely an accident.

They are continuing to collect data, however, and are still considering the possibility that the explosion could have been some kind of deliberate attack, the sources said.