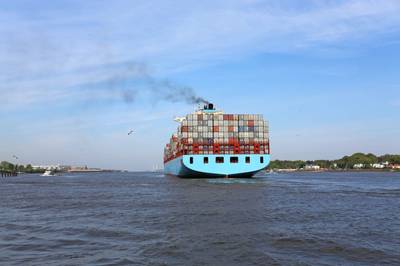 The United States is working with Norway, Denmark and other countries to develop zero-emissions fuel options for ships as part of a push to de-carbonize the industry, officials involved said.

With about 90% of world trade transported by sea, global shipping accounts for nearly 3% of the world's CO2 emissions.

The U.S. Department of Energy told Reuters by email that it would collaborate with Denmark and Norway to speed up the development of green maritime and energy technologies.

"By 2030, we want ships capable of running on well-to-wake zero-emission fuels – such as green hydrogen, green ammonia, green methanol, and advanced biofuels – to make up at least 5% of the global deep-sea fleet measured by fuel consumption," the department said.

Well-to-wake refers to the measurement of emissions from fuel production to fuel consumption onboard a ship. There are estimated to be more than 50,000 vessels in the global fleet.

The department added that it wanted at least 200 ships primarily using these fuels across the main deep-sea shipping routes by the end of the decade.

Denmark's business minister Simon Kollerup said separately the initiative's common goal was to make zero-emission vessels the "natural choice" for shipowners when they renew their fleet.

Shipping officials say orders for new vessels are currently slowing partly due to uncertainty over what technology to invest in.

The United Nations aims to reduce the industry's greenhouse gas emissions by 50% from 2008 levels by 2050. This target will require the swift development of zero or low emission fuels and new designs for ships.

The non-profit Global Maritime Forum and the Maersk Mc-Kinney Moller Center for Zero Carbon Shipping are separately involved in the project. (Editing by Kirsten Donovan)