US LNG Exports Drop More Than a Third 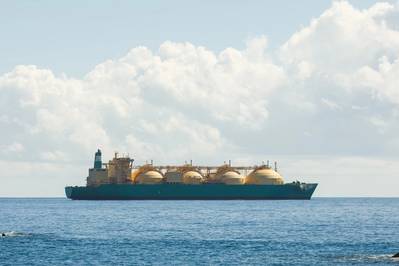 U.S. liquefied natural gas exports are down by more than a third since governments started imposing lockdowns to stop the spread of the coronavirus.

Worldwide gas prices have plunged as lockdowns squeezed energy demand even as strong renewables output boosted supply. Gas prices are more expensive now in the United States than in Europe for the first time in a decade.

Buyers in Asia and Europe have already canceled over 20 U.S. LNG cargoes for June and July, and more cancellations are anticipated.

Gas flows to U.S. LNG export plants fell from a record 9.5 billion cubic feet per day in late March to a six-month low of 5.6 bcfd this week, according to Refinitiv. That level would still top the record 5.0-bcfd average set last year.

"Many U.S. LNG cargoes ... hitting the water today were nominated to load back in February and March, when the global demand outlook and forward prices were considerably more supportive," said Ross Wyeno, team lead for LNG analysis at S&P Global Platts.

Analysts said buyers would keep canceling cargoes for the rest of the summer since U.S. gas futures were trading higher than the equivalent European benchmark through September.