US LNG Exports at 20-month Low 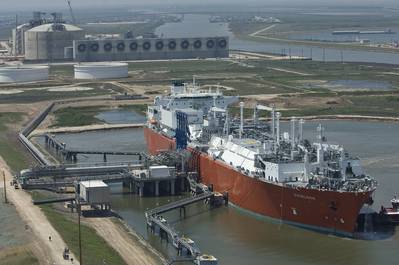 Before the pandemic slashed energy demand, U.S. producers counted on LNG exports to keep growing fast as an outlet for their record gas output. But after soaring 68% in 2019 and 53% in 2018, U.S. LNG exports were only expected to rise about 7% in 2020.

Gas pipeline flows to U.S. LNG export plants dropped to an average of 3.1 billion cubic feet per day (bcfd) so far in July from a 20-month low of 4.1 bcfd in June and a record high of 8.7 bcfd in February, according to Refinitiv data.

With U.S. LNG capacity rising as new units enter service, utilization of those plants has collapsed from 85%-90% in 2019 to just 32% so far this month as buyers cancel dozens of cargoes.

So far this month, only five vessels picked up cargoes from the six U.S. LNG export plants - two from Cheniere Energy Inc’s Sabine Pass in Louisiana, two from Cameron LNG’s plant in Louisiana and one from Dominion Energy Inc’s Cove Point in Maryland, according to Refinitiv.