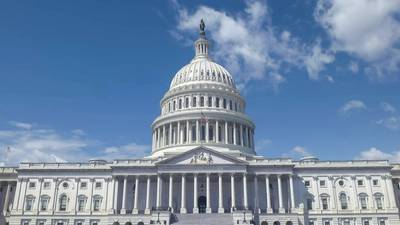 Regardless of whether the Republicans seize or the Democrats maintain control of the House and Senate, there is a guarantee that changes in leadership will occur in some of the key Congressional leadership positions that will impact the maritime industry. Two of the most significant Congressional committees of jurisdiction are the House Transportation and Infrastructure Committee (House T&I) and the Senate Committee on Commerce, Science, and Transportation (Senate Commerce). Both committees have jurisdiction over the U.S. Coast Guard (USCG), Maritime Administration (MARAD), Federal Maritime Commission (FMC), and certain aspects of the U.S. Army Corps of Engineers (USACE), among numerous other federal agencies.

In that capacity, House T&I and Senate Commerce oversee and authorize the Executive Branch’s activities with regard to marine safety and navigation, merchant mariner training and licensing, inland waterways, harbor improvements, coastal zone management, both the U.S. Coast Guard Academy and the U.S. Merchant Marine Academy (USMMA), and transportation and commerce aspects of U.S. Outer Continental Shelf (OCS). These committees also authorize and oversee programs that are critical to the continued support and growth of the U.S.-flag maritime fleet and U.S. ports, including the Maritime Security Program, Tank Security Program, cargo preference, and Port Infrastructure Development Program (PIDP) grants. They also provide a critical oversight function for the Jones Act and the associated national defense waiver process.

The impact of DeFazio’s retirement
Since 2018, Congressman Peter DeFazio (D-Ore.) has served as the Chair of House T&I and previously served in various capacities on the committee – including Chair or Ranking Member of four of the six House T&I subcommittees – since 1987. During that time, he has been a constant champion for the U.S. maritime industry. Among numerous other accomplishments, Chairman DeFazio successfully led the effort to allow for the full-utilization of the annual collections to the Harbor Maintenance Trust Fund (HMTF), essentially unlocking $25 billion in collected funding for dredging federal harbors to their constructed widths and depths. In the same bill, Chairman DeFazio was able to immediately authorize the release of nearly $10 billion in already collected fees sitting in the HMTF to dredge harbors, repair jetties, and maintain navigation channels.

Under his leadership, House T&I has also led (1) the authorization of the National Security Multi-Mission Vessel (NSMV) program, (2) substantial growth in authorized PIDP grants, and (3) the development of additional oversight in the Jones Act waiver process. As a result, Chairman DeFazio has received awards from nearly every maritime industry group, including the American Association of Port Authorities (AAPA), International Propeller Club, National Association of Waterfront Employers (NAWE), and Shipbuilder’s Council of America (SCA).

After 36 years in Congress, Chairman DeFazio announced that he will not seek re-election. Accordingly, the chairmanship will be up for grabs, even if the Democrats retain control of the House. Rep. Rick Larsen (D-Wash.) appears to be the front-runner to serve as chair, if the Democrats retain control and Rep. Sam Graves (R-Mo.), the current Ranking Member of House T&I, is the most likely candidate to take the gavel if the Republicans flip the House. Either way, Chairman DeFazio’s successor will have huge boots to fill.

Wicker’s departure could create waves
On the Senate side, it is anticipated that current Senate Commerce Ranking Member Sen. Roger Wicker (R-Miss.) will be departing the committee to assume the role of either Chair or Ranking Member of the Senate Armed Services Committee (SASC). Sen. Wicker previously served as a Chair of Senate Commerce prior to the 2020 election, having assumed the role from Sen. John Thune (R-S.D.), in 2019 when Sen. Thune was named Senate Majority Whip. Sen. Wicker also previously chaired the SASC Seapower Subcommittee, overseeing Navy and Marine Corps planning and operations policy and programs, as well as the National Defense Sealift Fund, which provides funding for MARAD’s National Defense Reserve Fleet and Ready Reserve Force.

In both his Senate Commerce and SASC leadership roles, Sen. Wicker has been a constant champion of the maritime industry, introducing numerous bipartisan bills to directly assist the maritime industry. As Senate Commerce Chair and Ranking Member, Sen. Wicker led the growth of MARAD, including authorizing billions of dollars for the NSMV program, PIDP grants, and the Maritime Security Program and Tanker Security Program. During the current legislative session, Sen. Wicker also co-sponsored the Maritime Technological Advancement Act along with Sen. Ben Cardin (D-Md.), which would establish a $40 million per-year grant program to develop, offer, or improve educational or career training programs for American workers in the maritime workforce.

Sen. Wicker is likely to be replaced by Sen. Ted Cruz (R-Texas) as either Ranking Member or Chair of Senate Commerce, depending on whether the Republicans take control of the Senate. Sen. Wicker’s tenure has been marked by bi-partisan collegiality. Sen. Cruz tends to reach across the aisle less frequently, and his relationship with Sen. Maria Cantwell (D-Wash.), who is likely to stay on as the top Democrat on Senate Commerce, may be challenging. Accordingly, regardless of November’s election outcomes, the maritime industry should monitor this relationship closely, as partisan stalemates could lead to a slowdown in critical maritime legislation, such as the USCG and MARAD authorization bills, that are critical to support the U.S. maritime workforce.

Busy lame duck
Following the mid-term elections, Congress is likely to have to plenty to do prior to committee leadership gavels trading hands in January 2023. The government is currently funded only through December 16, 2022. Congress will likely look to pass a massive omnibus spending bill, which may include the Water Resources Development Act (WRDA) of 2022, which would authorizes 36 new USACE feasibility studies and authorizes or modifies 21 projects for construction. In addition, while the Senate held limited debates on the National Defense Authorization Act (which includes both the USCG and MARAD authorization bills) in October, final passage will not occur until after the mid-term elections. Accordingly, while maritime stakeholders should be focused on family and friends during the holiday season, it may be worth occasionally checking C-SPAN to see how these critical bills develop.