US Plans to Hold Cook Inlet Drilling Auction in December 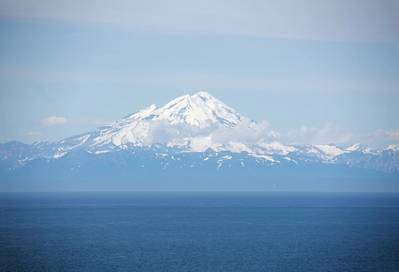 The Biden administration on Wednesday revealed plans to hold an auction of oil and gas drilling rights for up to 1 million acres in the Cook Inlet off the coast of Alaska in December.

The sale is among the concessions to the oil and gas sector included in U.S. President Joe Biden's new climate change law, the Inflation Reduction Act (IRA).

Biden paused drilling auctions on federal lands and waters shortly after taking office as part of an agenda to fight climate change. But Senator Joe Manchin, a Democrat who represents the coal-producing state of West Virginia, demanded protections on federal leasing in exchange for his support for the IRA.

According to documents posted on a government web site, the Bureau of Ocean Energy Management will publicly announce bids received on Dec. 30, the day before the legislation's deadline to hold the sale.

BOEM will offer up to 224 blocks, the agency said, in water depths from 33 to 260 feet. It is considering removing 17 blocks that overlap with beluga whale and sea otter habitats.

Earlier this year and before passage of the IRA, the administration scrapped a planned Cook Inlet sale, citing a lack of industry interest in the area.

The administration will publish a final sale notice at least 30 days before it is held.

'Unthinkable' That Russia Will be Excluded from Nord Stream Probe, Foreign Ministry Says