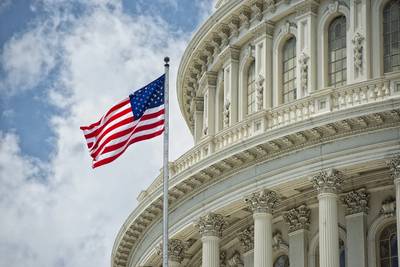 This article will focus on U.S. sanctions generally, including the definition of “U.S. persons,” the application of the facilitation rules, the difference between primary and secondary sanctions, the 50% rule and various maritime advisories. The article will conclude with a few frequently asked questions.

"Traditionally, U.S. sanctions applied only to “U.S. persons,” which generally means a U.S. citizen or permanent resident; an entity organized in the U.S. (including foreign branches); and anyone in the US."

U.S. sanctions overview
Traditional U.S. sanctions (sometimes referred to as “primary sanctions”) apply by “blocking” or “freezing” the assets of a “specially designated national” (SDN). This means that the SDN’s assets in the U.S. are frozen, and cannot be retrieved without permission from the U.S. Office of Foreign Assets Control (OFAC), and that U.S. persons generally are not permitted to transact with SDNs. Also, certain sanctions target entire countries or geographic regions, so U.S. persons generally cannot deal with these countries.

U.S. person/facilitation
Traditionally, U.S. sanctions applied only to “U.S. persons,” which generally means a U.S. citizen or permanent resident; an entity organized in the U.S. (including foreign branches); and anyone in the U.S. (which generally includes U.S. branches of foreign entities, as well as any individuals who are physically in the U.S.). Some (but not all) sanctions programs also apply to non-U.S. subsidiaries of U.S. persons.

"The Trump Administration has dramatically expanded the use of secondary sanctions, re-imposing sanctions on Iran and targeting North Korea, Russia, Venezuela, Syria, terrorism and Hong Kong."

50% rule
An entity that is owned 50% or more by one or more SDNs is itself treated as an SDN. There is no guidance on how to interpret the 50% test in complex ownership scenarios, but it is generally though of as economic ownership. For example, if an entity is owned (by value) 60% by a non-sanctioned entity, but is “controlled” by a sanctioned person, the subsidiary is still not an SDN.

Maritime advisories
OFAC has issued several advisories targeting the maritime industry for sanctions compliance. While the advisories are couched in the language of “suggestion,” they should be taken very seriously by the business community. Several ships were listed for trading with Syria and North Korea, or engaging in ship-to-ship transfers of oil that ended up in those countries. This list was not a “sanctions list”; it was a “name-and-shame” list, with no direct legal impact. Nevertheless, many people refused to do business with the ships that were listed. Perversely, in some ways, this is worse than having a ship designated as an SDN, since a designated ship can be de-listed, but there is no way to get off the “name-and-shame” list.

"A ship designated as an SDN can be de-listed, but there is no way to get off the “name-and-shame” list."

In May 2020, OFAC issued a more comprehensive maritime advisory, which expanded on previous advisories. It included specific recommendations for multiple players in the maritime industry. The advisory focused on ship-to-ship transfers and AIS transponders, which OFAC believes are issues in noncompliance.

Frequently asked questions
Does having a U.S. branch or subsidiary cause a non-U.S. company to be a “U.S. person”?
No, only the U.S. branch or subsidiary would be a U.S. person. However, the more U.S. ties there are, the easier it is to accidentally violate the prohibitions on facilitation, and the greater is the potential consequence of a violation. Therefore, many non-U.S. companies with substantial U.S. ties take the conservative position to treat themselves as if they were U.S. persons.

If a government official or business executive is designated as an SDN, is the individual designated in his/her personal or official capacity? Can U.S. persons deal with this SDN’s government agency or company?
There is no difference between sanctions imposed in a personal and official capacity, so U.S. persons generally cannot deal with SDNs in any capacity. That said, a company does not become an SDN just because its officers or directors are SDNs, and a foreign government is not an SDN just because some of its officials are SDNs.

What is the extent of facilitation? To what extent can parties be held responsible for indirect sanctions violations that they did not know about?
There is no hard-and-fast rule. OFAC has frequently articulated a very broad reading of facilitation, finding sanctions violations even where the liable party did not know that a sanctioned party was involved.

This article is part of a series focused on the application of U.S. sanctions to the shipping community.