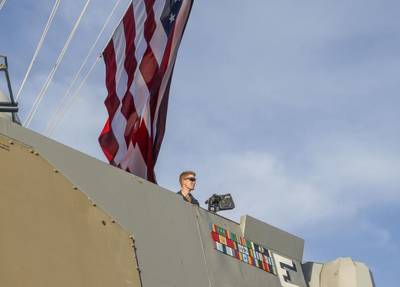 Washington will defend treaty ally the Philippines if its forces are attacked in the South China Sea, U.S. Secretary of State Antony Blinken has said, urging China to follow international law and cease "provocative behavior" in the busy waterway.

Blinken made the comments on Monday, the sixth anniversary of a ruling by an international tribunal that invalidated China's sweeping claims to the South China Sea, a conduit for about $3 trillion worth of ship-borne trade each year.

"We re-affirm that an armed attack on Philippine armed forces ... would invoke U.S. mutual defense commitments," Blinken said in a statement, referring to the provisions of a mutual defense treaty between the allies dating from 1951.

"We call again on the People's Republic of China to abide by its obligations under international law and cease its provocative behavior," he added.

The statement came the day that Chinese foreign minister Wang Yi told a meeting of the Association of Southeast Asian Nations (ASEAN) in the Indonesian capital that regional nations should avoid being used as "chess pieces" by global powers. read more

China's claim to almost the entire South China Sea, citing what it says are historical maps, puts it at odds with some countries in the grouping, which say the claim is inconsistent with international law.