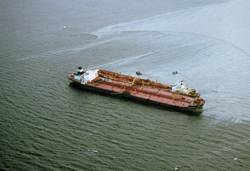 The most anticipated maritime law decision in recent years has been the decision in June 2008 by the U.S. Supreme Court that reduced the award of punitive damages against Exxon from $2.5 billion to $500 million.  After nearly 20 years of litigation against Exxon and the captain of its vessel, the case is finally at an end.  For those who practice maritime law or are guided and affected by it, the most obvious ramifications of the Court’s decision are that punitive damages may be awarded against a shipowner, but a punitive damages award will not be allowed to exceed the amount of actual, compensatory damages.

American common law and maritime law have long allowed a jury or judge to impose so- called punitive or “exemplary” damages in those rare cases where a civil defendant’s behavior is of such a willful, wanton, or reckless nature that it is far worse than mere negligence and constitutes an intention to injure.  Maritime law recognized the availability of punitive damages as far back as 1818 in the Supreme Court’s decision entitled The Amiable Nancy.  In that case, however, Justice Story held that punitive damages could not be imposed upon a shipowner for the acts of its captain or crew unless it was proven that the owner either directed or participated in the offensive conduct.  Therefore, whereas the shipowner could be held vicariously liable for the so-called compensatory damages arising from the ship captain’s behavior, as it would be in the case of simple negligence, the owner would be shielded from punitive damages unless it was shown to have directed or participated in the captain’s conduct.

Anyone familiar with the federal statute known as the Limitation of Liability Act may recognize a parallel concept.  That Act limits the liability of a shipowner (or bareboat charterer) to the post-accident value of its vessel unless the owner itself was at fault for the incident or participated in the harmful conduct.  The concept is also a theoretical cousin to the so-called “error in navigation” defense in the U.S. Carriage of Goods by Sea Act, which states that if cargo damage occurred because a captain or pilot made an error in navigation which the owner, being absent from the bridge of the ship, could not have participated in, the ship or its owner would not be liable.  These various doctrines respect the realities of managing ships which, though perhaps less true today, include a distinct lack of control by shoreside management over shipboard activities and personnel.

Owing to Justice Alioto’s self-recusal, the Supreme Court set about deciding the Exxon Valdez case with only eight of its nine members.  They split evenly, 4-4, on the threshold question as to whether or not the admiralty law does in fact insulate a shipowner from the acts of its managerial employees.  It therefore left the punitive damages award in place, and focused upon whether or not the size of the punitive damages award ought to be limited.

Extraordinary punitive damages awards invariably attract headlines, which in turn lead to criticism of the legal system.  Over the past several terms, the Supreme Court has taken a number of opportunities to put limitations on punitive damages awards.  The primary tool in the Court’s arsenal has been the “due process” clause of the U.S. Constitution which requires that state laws be applied in a fair and just manner.  The did not have to resort to reliance on the U.S. Constitution, however, because maritime law is a creature of the federal system.  The Supreme Court, allowing appropriate deference to Congress, is the ultimate authority on the parameters of maritime law.  In a 5-3 vote, the held that the admiralty law would not support an award of punitive damages in excess of a 1:1 ratio with the actual or compensatory damages caused by the defendant.

Compensatory damages are simply those which a jury or judge determines to be sufficient to address the victim’s losses arising from the incident.  In a property damage case, for example, this might simply be the replacement value of the property or the cost of repair.  In a personal injury case, compensatory damages would include medical costs, lost earnings, and an amount for the emotional pain and suffering endured by the victim.  Punitive damages, on the other hand, are not designed to compensate the victim for his/her losses, but to punish the wrongdoer and act as a deterrent against future bad conduct.  The clearly wanted to impose a structure which could satisfy the purposes of punitive damages while at the same time avoid unpredictability and eliminate the possibility of outrageous punitive jury awards.

The Court began its analysis by noting that many states in the country have set specific caps on punitive damages awards by legislative enactments.  The Court also noted that huge awards are not the norm; that the typical punitive damages award made by a jury does not exceed a 1-1 ratio with compensatory damages.  The Court stated that the disparity between different levels of punitive damages awards made by juries indicated that a simple verbal definition would not suffice.  Interestingly, the Court pointed to the specific sentencing guidelines imposed upon federal judges by Congress relative to criminal defendants, which took away much of the discretion allowed by the pre-existing system.

Ultimately, the Court determined that setting a 1-1 ratio satisfied all of the goals of punitive damages and eliminated the possibility of an outrageous jury award.  The maritime wrongdoer can be punished only to the extent that it had inflicted harm on another.  Punitive damages are alive and well in admiralty but their measure is now much more easily predicted and the possibility of an outrageous award has been eliminated.

Jeffrey S. Moller, partner at Blank Rome, concentrates his practice in the area of commercial law and litigation, with an emphasis on maritime and transportation law. Mr. Moller has been a proctor member of the Maritime Law Association since 1988 and currently serves as vice chair of the MLA's Committee on Regulation of Vessel Operations.  He is the business editor of the Journal of Maritime Law and Commerce and was a contributing writer to the current edition of The Law of Tug, Tow, and Pilotage, published by Cornell Maritime Press.  Mr. Moller has received the highest possible rating from Martindale-Hubbell.