The Valdez Spirit: Repowering for a Promising Future 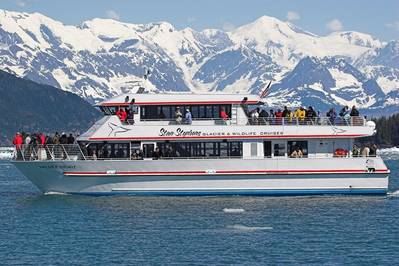 A true family business, Stan and Mary Helen Stephens started operating fishing and hunting charters out of Valdez, Alaska on their first vessel the 26-foot m/v Mary Helen, in 1971. Soon after, the rest of the family joined in, operating tours on the waters around Valdez and in Prince William Sound. They have been promoting the beautiful scenery and important resources of this community ever since, officially as Stan Stephens Glacier & Wildlife Cruises. The business has remained a valuable community asset, contributing economic, educational and environmental benefits to this region. It has even served a role in disaster relief when called upon.

On Good Friday 1989, life for the residents of Prince William Sound changed forever, when the Exxon Valdez ran aground on Bligh Reef. Stan’s vessels were some of the first to carry response observers. It was the early days of the spill and Stan was on scene observing the response. Stan helped fill the need for ongoing spill research by purchasing two additional boats to assist in the process. Stan spent the remainder of his life working at his company and with industry to protect Prince William Sound. Today, the crew at Stan Stephens Cruises lives by Stan’s example and works to share the corner of Alaska he worked so hard to protect.

In 2004, the Stephens family was looking for a new vessel to add to their fleet, one that would allow more passengers to go farther and faster, exposing more people to this majestic region while lowering fuel costs and their overall environmental impact on local wildlife. Looking for a reliable boat builder, with a commitment to values and quality, they came to All American Marine to build the Valdez Spirit, an 83’ x 29.2’ catamaran designed by Teknicraft. Launched in May of 2005, the vessel is used for glacier and wildlife cruises in Prince William Sound and operates out of Valdez, Alaska. The Valdez Spirit carries 149 passengers on 9-hour cruises during the summer season. Stan Stephens commented at the time; “We designed the boat the way we did because of the cost of fuel. We thought we would have to sacrifice speed for better fuel consumption and that simply wasn’t the case. We were looking for a big platform and the boat is more than we had expected; we are really pleased with it and the All American Marine Crew.”

Flash forward 15 years later to a very different time. Carrying on Stan’s legacy is the next generation, represented by his daughter Colleen Stephens. An incredibly strong advocate for the Alaskan tourism industry. Colleen not only runs the family business but is also the current President of the Passenger Vessel Association (the national association representing the interests of the entire U.S. passenger vessel industry). The need for a repower was obvious to prepare for the future. In addition, Columbia Glacier, one of the highlights of the Stephen’s wildlife cruise has retreated 6 nautical miles from where it was in 2005, increasing travel time. 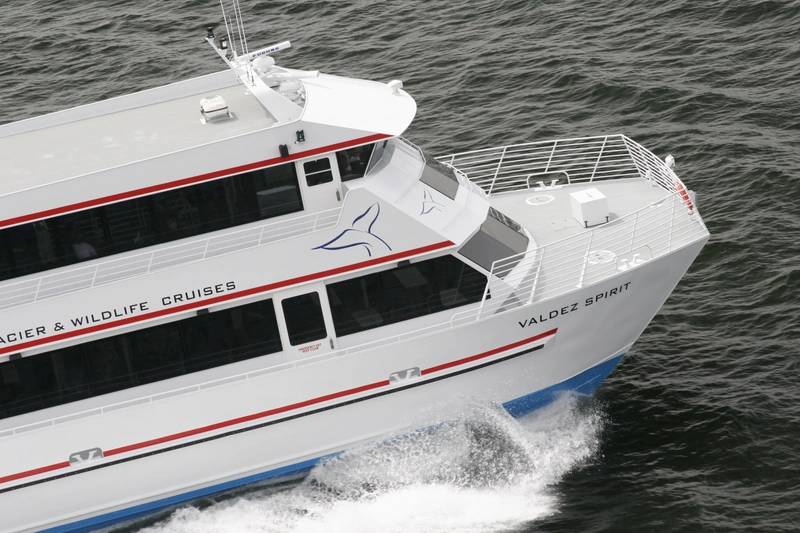 Colleen, coupled with the foresight needed to forge ahead, looked to All American Marine yet again to repower the Valdez Spirit for greater fuel efficiency and overall performance. "Our team at Stan Stephens Cruises is thankful to be working with the crew at All American Marine for the Valdez Spirit repower,” stated Colleen Stephens. “Since 2005, we have received exceptional support from All American, and this project takes it to the next level. The communication and facilitation of the entire project so far from defining project scope, engineering, purchasing to the start of work has been wonderful.  With the work being done this winter to the Valdez Spirit we will not only extend the life of the vessel, but we will ultimately be able to improve our guests’ experiences and keep our company operating efficiently and as environmentally friendly as we can."

Currently underway at All American Marine’s state of the art 57,000 sq ft facility in Bellingham, Wash., the repower consists of many deliverables, including replacing the existing twin engines with two MAN2692 engines, to sustain a cruising speed of 24 knots. The twin Osborne props will be rebored, and mounted to new larger shafts, struts and rudders. The propulsion package will be completed using ZF3050 gears and ZF Clear Command control boxes in the engine room. In addition to the engines, an updated exhaust system will be installed, along with a refresh of the deck, as well as bottom paint. Several additional equipment upgrades will also be implemented as part of this repower.

The team at AAM is excited to be engaged in completing these critical updates for an important customer, cementing our commitment to helping each of our operators get the most life out of each vessel we build for them. “All American Marine is committed to creating a long term win-win situation for each of our customers. We strive to make their operations successful by building quality boats at a fair price and supporting our customers when needed,” stated Ron Wille, All American Marine’s Business Development Manager.  “While times are tough and in the passenger vessel industry as a whole, we see the light at the end of the tunnel and are happy our operators, such as Stephen’s Cruises are going to be ahead of the curve and are ready to deliver for their customers”, stated Wille.

The Valdez Spirit is set to launch in April and will be ready for a fully operational summer season. 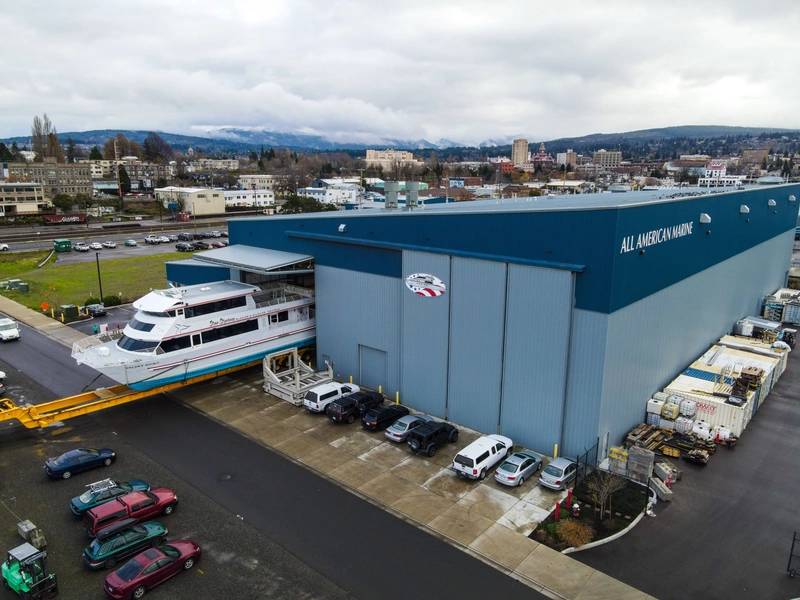