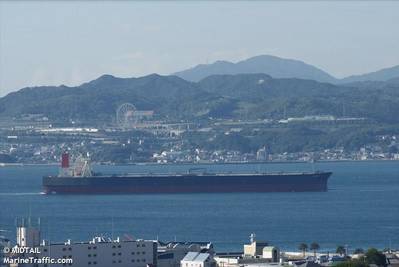 Venezuela had not imported condensate since September when it received a 2.1 million-barrel cargo from Iran, a political and commercial ally of President Nicolas Maduro that since 2020 has also supplied the South American nation with fuel.

PDVSA this year doubled down on efforts to boost blending and upgrading of crudes from the OPEC member country's largest producing region, the Orinoco belt, in order to revive exports and resolve a deficit of oil for domestic refining.

The condensate cargo arrived in Venezuelan waters on Wednesday on the Panama-flagged vessel Rene, owned and operated by Fujairah-based firm Issa Shipping Fze, according to two PDVSA documents seen by Reuters, three shipping sources with knowledge of the import and monitoring service TankerTrackers.com.

The documents do not disclose the provider of the cargo, but they list Sri Lanka as its origin.

Reuters could not independently verify Rene's most recent port of departure as the tanker has had its transponder off for long periods of time this year. Refinitiv Eikon vessel tracking data showed it on its way to the Atlantic Ocean at the end of June.

PDVSA, Venezuela's oil ministry and Issa Shipping did not reply to requests for comment.

Condensate is a mixture of light liquid hydrocarbons, similar to a very light crude. In Venezuela, it is mostly used to dilute the Orinoco's extra-heavy crude.

The state company earlier this week instructed operators at the Jose port to withdraw another vessel that was loading oil there to discharge the Rene, two of the sources said. The condensate plans to be received by PDVSA's upgrading unit, in charge of handling imported and domestic diluents.

The Rene is also scheduled to later load Venezuelan heavy crude to be exported, according to one of the documents.

Issa Shipping is among a group of United Arab Emirates-based companies that have taken over management of ships to transport millions of barrels of oil produced by PDVSA since last year, showing how the country, which is one of Washington's closest allies in the Middle East, has become a hub for firms helping Venezuela skirt U.S. sanctions.

Another of Issa's tankers, the Panama-flagged Marbella, arrived in Venezuelan waters earlier this month and is now waiting to load heavy crude for exports, separate documents showed.