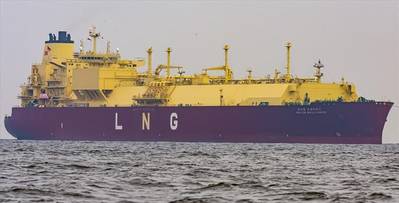 At least one liquefied natural gas (LNG) vessel gave up on Freeport LNG's export plant in Texas after the company last week delayed its planned restart to the end of December, ship tracking data from Refinitiv showed.

Some analysts have said they do not expect Freeport to return until January, February or even later because it will likely take federal pipeline safety regulators longer than Freeport thinks to review and approve its restart plan.

The Freeport shutdown added to the squeeze on global gas caused by Russia's invasion of Ukraine. It helped boost prices in Europe and Asia to record highs over the summer, while capping gains in U.S. gas futures by leaving more fuel in the United States for domestic use.

Over the past few days, Prism Brilliance, which had been sitting in the Gulf of Mexico near Freeport since October, set sail for Jamaica, Refinitiv data showed.

However, Prism Diversity and Prism Courage are still in the Gulf of Mexico waiting to pick up LNG from Freeport.

At full capacity, the plant can turn about 2.1 billion cubic feet per day (bcfd) of natural gas into LNG.

The United States is currently liquefying about 12 bcfd of gas into LNG at the country's six other big LNG export plants, Refinitiv data shows.

The shutdown has forced Freeport's customers like JERA and Osaka Gas to book hundreds of millions of dollars of losses because they had to buy expensive LNG from other sources to supply their own customers.

Freeport's other customers include units of BP, TotalEnergies and SK E&S. JERA is an alliance between units of Tokyo Electric and Chubu Electric.