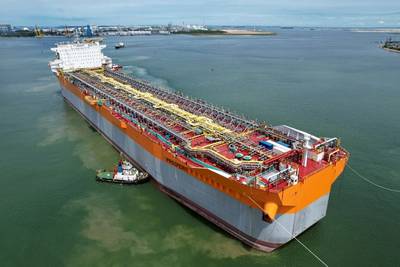 The hull of the FPSO Prosperity, which will be Guyana's third offshore oil production unit once delivered, has arrived at the Keppel yard in Singapore, where it will be fitted with topside modules.

SBM Offshore, which will deliver the FPSO  to end client ExxonMobil, said that despite the various challenges posed by the ongoing global pandemic, the unit remained on schedule to be completed in 2024.

"Drydock activities are scheduled to begin in the 4th quarter of this year, with the installation of major structures that will support the Mooring and Subsea Risers," SBM Offshore, one of the world's largest FPSO supplies, said Thursday.

Once completed, the Prosperity FPSO will join her sister vessel Liza Unity, currently under construction at the same yard, and the smaller Liza Destiny, operational since the end of 2019, offshore Guyana. 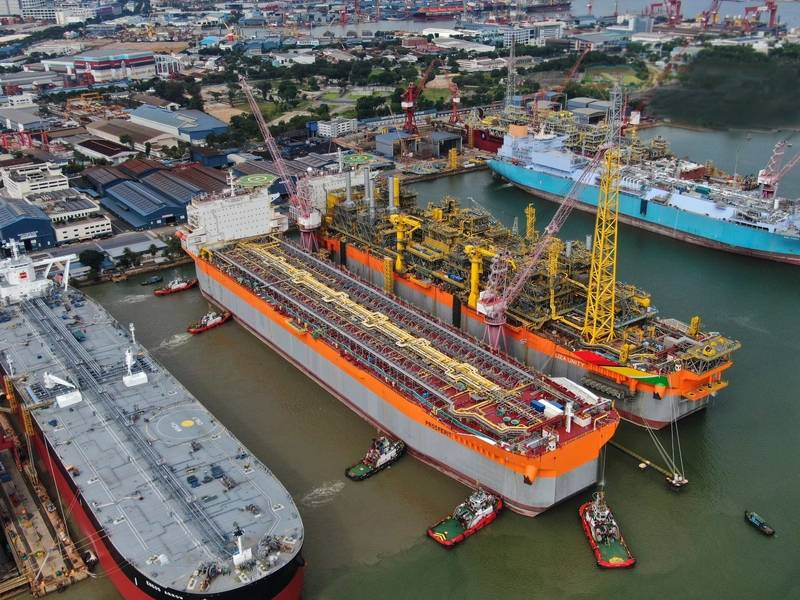 Prosperity and Unity together at the Keppel yard - Credit: SBM Offshore

Under the contract with Exxon, SBM Offshore is responsible for the construction, installation, and operation of the Prosperity FPSO at the Payara project off Guyana.

SBM Offshore will operate the FPSO at the Stabroek Block in Guyana for up to two years, after which the FPSO ownership and operation will transfer to ExxonMobil. The first oil is expected in 2024.

The Prosperity FPSO will utilize a design that mostly replicates the Liza Unity FPSO design. The Liza Unity will be Guyana's second FPSO in production from early 2022.

In the past few years, Exxon has discovered more than nine billion barrels of oil in the Stabroek Block, and expects to bring at least six projects online by 2027. It sees potential for up to 10 projects to develop its current recoverable resource base in the country.

'Unthinkable' That Russia Will be Excluded from Nord Stream Probe, Foreign Ministry Says