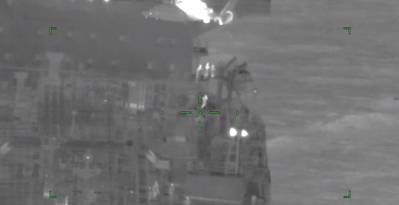 The U.S. Coast Guard said the captain of the Bahamas-flagged Chrysanthemum notified USCG District Eight watchstanders of the 28-year-old crewmember's condition, and that the watchstanders consulted with the duty flight surgeon who recommended the medevac.

The Dolphin helicopter crew hoisted the crewman from the 800-foot ship and transferred him to awaiting emergency medical services personnel at Ellington Airport in Houston where he was reported in stable condition.