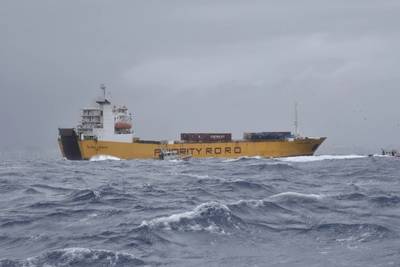 U.S. Coast Guard air and surface rescue crews at Sector San Juan responded and assisted the distressed M/V Island Express Wednesday afternoon, after the ship started taking on water when it departed the Port of San Juan for storm avoidance in anticipation of Tropical Cyclone 9.

Coast Guard watchstanders in Sector San Juan received a Mayday VHF radio transmission on Channel 16 from the Captain of the M/V Island Express, who reported that there was a possible broken pipe in the engine room and that approximately 75% of the bilges were full of water.

Watchstanders directed the launch of two 33-foot small boats and a 45-foot Response Boat Medium from Station San Juan that got underway and arrived on scene with the M/V Island Express.  A Coast Guard MH-65 Dolphin helicopter also arrived on scene, and the aircrew was able to maintain communications with the Coast Guard boat crews as they escorted the cargo ship in eight to 10 foot seas back to the safety of the port. 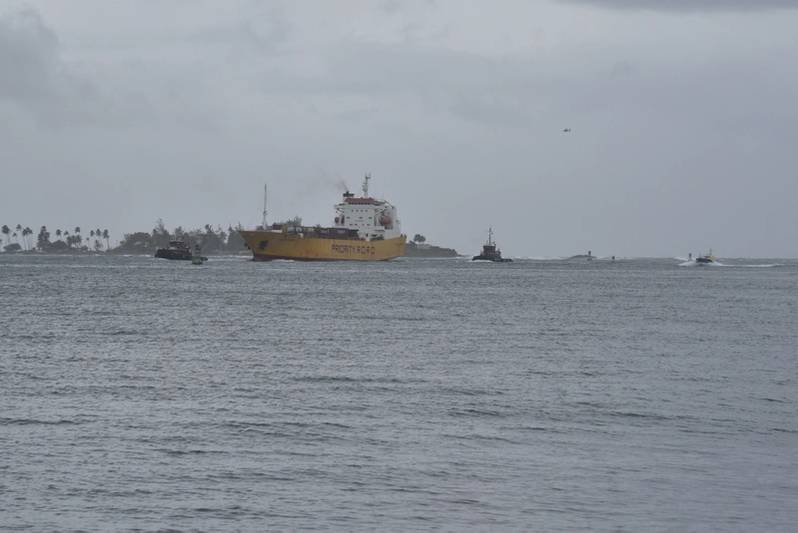 “Despite the impending tropical storm and all Station San Juan small boats securely out of the water for an incoming storm, our boat crews responded immediately to launch two 33-foot small boats from their trailers and the 45-foot Response Boat Medium utilizing the mobile boat hoist” said Senior Chief Petty Officer Lance Wiser, Station San Juan officer in charge. “The teamwork and training of Station operators allowed these evolutions to safely take place simultaneously which led to all three assets arriving on scene with the distressed vessel within 45 minutes.  The sea conditions on scene were pushing the parameters of the small boats but the crews endured and the distressed vessel was escorted safety into the harbor.”