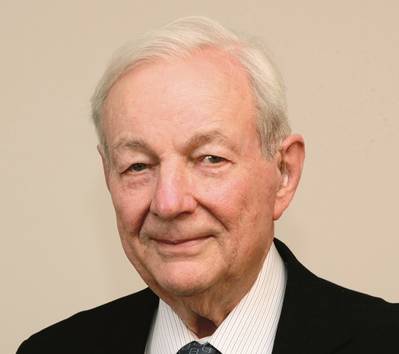 Len dedicated his lifetime in the maritime industry to developing better training practices. After serving at sea for 10 years, he came ashore to undertake study and research at Liverpool Polytechnic, becoming Director of the School of Engineering and Technology Management over his time there. From 1989, Len acted as an independent consultant. He was a founder member of the Nautical Institute, serving as President (1993-1996), and was Master of the Honourable Company of Master Mariners (2000-2001).

On top of his commitment to Videotel as Chairman, consultant and advisor on many Steering Groups, Len also used his skills to write for a number of industry publications.

Stephen Bond, Deputy Chairman of Videotel, said, “Len was a major force in the development and growth of Videotel over the last 40 years and has contributed in a significant way to the saving of life at sea through a more effective and better thought-out attitude towards improving seafarer training worldwide. He was a mentor and guiding hand to all in this important sector of the industry and we will all miss him very dearly.”