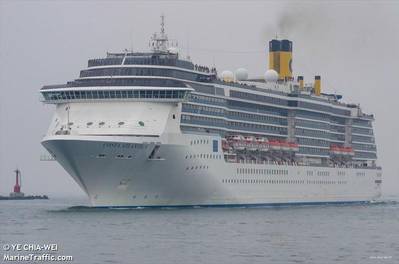 The Costa Atlantica cruise ship, which docked in southern Japan with over 100 crew members testing positive for COVID-19, has left the country and is en route to the Philippines, local government officials said on Monday.

The ship departed Nagasaki on Sunday over a month after it became the second virus-stricken cruise ship to dock in Japan. Lax control on the movement of crew whilst docked highlighted Japan’s patchy response to the pandemic.

The 86,000 tonne Costa Atlantica docked for maintenance in late April carrying no passengers and 623 crew, most of whom were eventually quarantined inside the ship after 149 tested positive.

The remainder have been confirmed negative and have left Nagasaki, with 126 aboard the ship bound for Manila, Nagasaki prefecture official Kenjo Ura told Reuters.

Costa Cruises, operator of Costa Atlantica, did not have an immediate comment when contacted by Reuters.

The crew’s ordeal with the virus may be over, but financial struggles are expected because of a decline in the number of voyages, said a family member of one of the crew members.

Rosan Ogayon, daughter of Caferino Ogayon, a chef on the ship, said her father would fly home to Manila soon. He has fought off the virus and been confirmed negative, but is out of work until the cruise company resumes sailing.

“Because of the pandemic, my father can’t work for the meantime, so that means he can’t earn money for us,” the Manila-based college-student told Reuters.

Expedition cruise vessel Ocean Victory, under construction at the CMHI Haimen shipyard in China, is slated to commence sea…