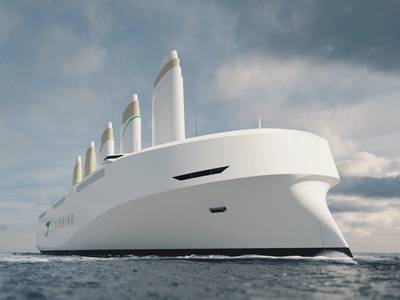 Two centuries after the first coal-powered steamships crossed the Atlantic Ocean, a Swedish company is designing a futuristic throwback: a huge, wind-driven cargo ship that could help end the fossil fuel era and limit climate change.

Shipping accounted for 2.9% of man-made greenhouse gas in 2018, and the industry’s share of planet-heating emissions has been rising in recent years, according to the U.N.’s International Maritime Organization.

One solution may be to turn the clock back to pre-industrial times and again hoist sails to carry cargo around the world.

Sweden’s Wallenius Marine AB, which designs and builds ships, is currently testing a sleek white model of an “Oceanbird” automobile carrier in a bay in the Baltic Sea.

Per Tunell, Wallenius’ chief operating officer, said results from the seven-meter model were encouraging and that he was “very confident” the full-scale Oceanbird will be ready to order by the end of next year.

The sail-driven ship could be in service in 2024 on Atlantic routes, he said.

The Oceanbird will be 200 meters long with capacity to carry 7,000 cars. It may be the tallest sailing ship ever built, equipped with wing sails reaching 105 meters above the water. 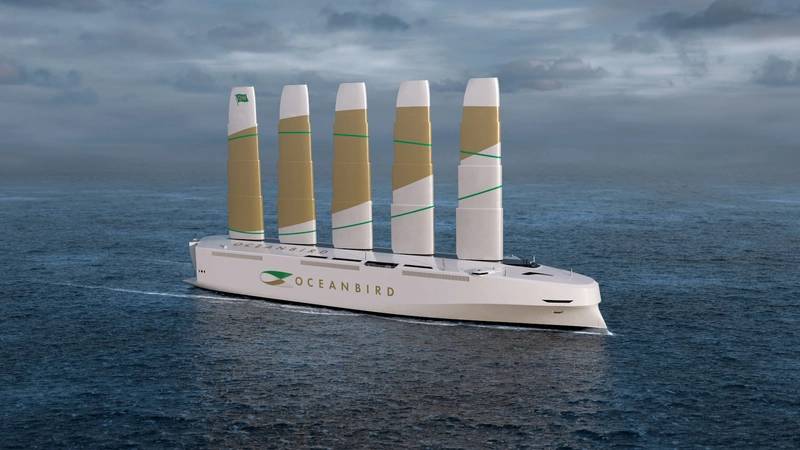 The vessel will have engines as a backup, but aims to save 90% of carbon emissions compared to a conventional ship run on polluting bunker fuel.

It will take Oceanbird about 12 days to cross the Atlantic, compared to eight for a fuel-powered ship.

The design “could also be applied as a cruise vessel, a bulk carrier, a tanker,” Tunell said. “One of the key conditions is that it shall be commercially feasible.”

Oceanbird would probably cost a bit more than a conventional car carrier, he said, declining to estimate the exact price.

But operating costs would be lower, especially if governments trying to curb climate-changing emissions impose a price on carbon emissions from using fuel.

The Oceanbird is not the only emerging contender in the low-carbon shipping race.

Neoline in France is seeking orders for a smaller, 136-metre vessel, also suitable for transporting cars or farm machinery.

Like Oceanbird, it reckons its carrier could cut emissions by 90%.

High tech, low emissions
Such cargo ships would mark a maritime revolution. Until now most companies trying to cut emissions have viewed sails as an add-on to curb fuel consumption, not as the main source of propulsion.

But new technologies, such as wing sails and tougher, lighter materials inspired by racing yachts in the America’s Cup, may enable a fuller shift to wind.

He said negotiations were underway on possible contracts and shipyard deals, with the first “Neoliner” vessel likely to be in service by July 2023, at a cost of about 45 to 50 million euros ($54-60 million).

Partners in designing and using the ship include carmaker Renault, he said. 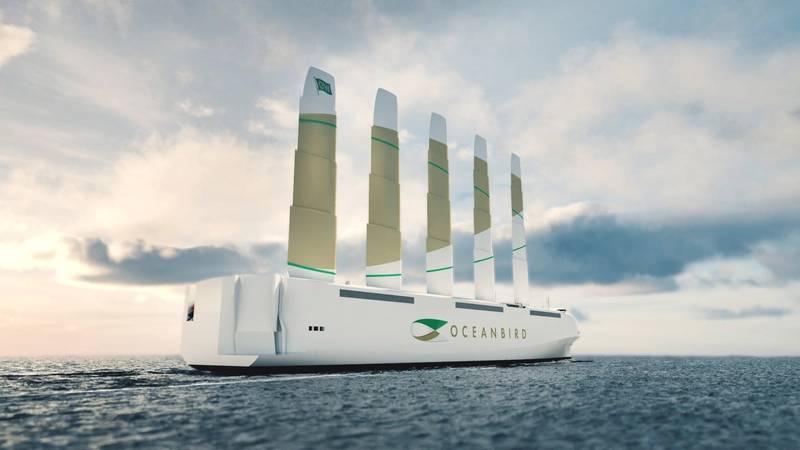 A “no brainer”
Among early oceangoing steamships, the SS Savannah took 29 days to cross the Atlantic from the U.S. state of Georgia to Liverpool in England in 1819. Paddle wheels on its sides to supplement sails were its main power source.

Later the SS Royal William crossed the Atlantic from Pictou in Canada to London in 1833, relying almost entirely on steam power from coal.

Many shipping companies trying to cut emissions are seeking a boost from sails, kites or Flettner rotors - tall spinning tubes that help push a ship forward in much the same way as wings on a plane provide lift.

Helsinki-based Norsepower, which has installed such rotors on cargo ships and cruise ships, says they can typically cut fuel use by 5% to 20%.

Diane Gilpin, head of the Smart Green Shipping Alliance in Britain, said wind-powered ships were alluring on the drawing board and sails were a “no brainer” for fighting climate change.

Nearly a decade ago, she led a company that designed a “100% renewable-powered cargo ship” with sails and an engine using biogas from municipal waste. Tests of a model were successful, but it has not been built. 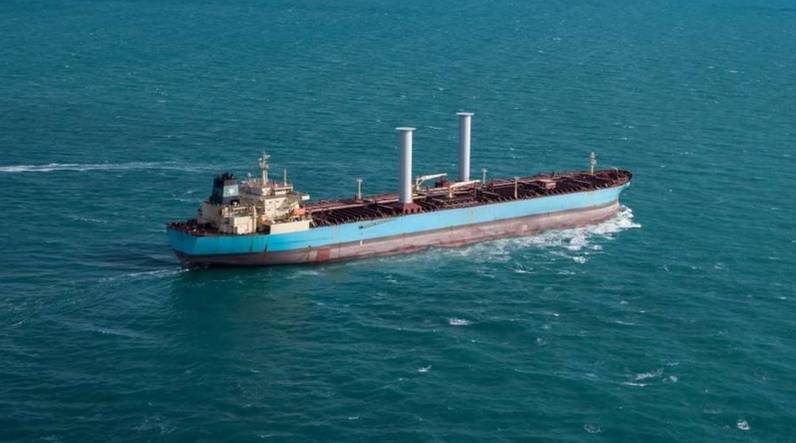 Still, the International Maritime Organization has said it wants to cut climate-changing emissions from shipping by half by 2050, from 2008 levels, she said.

That means that any ships ordered today, with an expected lifetime of 30 years, will have to be far less polluting.

With more than half of the journey costs for a ship coming from fuel, Gilpin said governments could spur a green shift by imposing a carbon emissions price of perhaps $50 a tonne on shipping.

Among the drawbacks for wind-powered vessels are that ports operate on strict deadlines, meaning an unexpected extra day at sea can mean missing a slot for unloading cargo in port and long, costly delays.

Both Oceanbird and Neoliner plan to use engines, powered by fossil fuels or biofuels, to stick to schedules if the winds they depend on calm en route. But Tunell said the engines and fuel tanks would be smaller than on a comparable vessel.

“Most of the other companies are focused on wind assistance. We are focusing on wind power. This is a sailing vessel,” Tunell said. Jakob Kuttenkeuler, a professor at the Swedish KTH Centre of Naval Architecture who is running tests for Oceanbird, said one research puzzle is what wind changes will be like as sails reach new highs above the sea surface.

Oceanbird’s wing sails, likely to be built from aluminum, steel and composite materials, will rise from a deck 35 metres above the water, reaching 105 metres (345 feet) above sea level.

Most mariners have learned how to manage winds closer to the water line, where waves causes air turbulence.

"Not too many people have utilized this part of the atmosphere in the open ocean. Planes go higher and ships go lower,” he said.