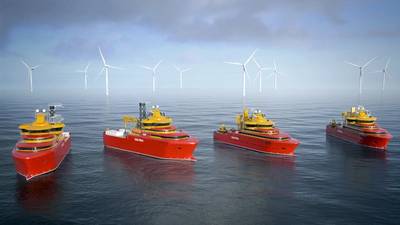 Wilhelmsen, one of the world's largest shipping companies, has agreed to acquire a 25% stake in Østensjø Group’s growing offshore wind business Edda Wind.

Wilhelmsen has also secured an option to buy another 25% before June 2021.

Launched in 2018, Edda Wind owns and operates service vessels supporting the maintenance work conducted during the commissioning and operation of offshore wind farms.

Commenting on the Edda Wind deal, Thomas Wilhelmsen, CEO of the Wilhelmsen group said: "The Wilhelmsen group’s strategy is very clear, to further expand into renewables, by working together with partners, and leveraging our expertise and assets. So, finding an opportunity like this to work with Østensjø and invest in Edda Wind, a growing company, rapidly expanding its fleet with future-focused emission-free vessel technologies is ideal,”

Edda Wind currently has two vessels in service and four on order with yards. 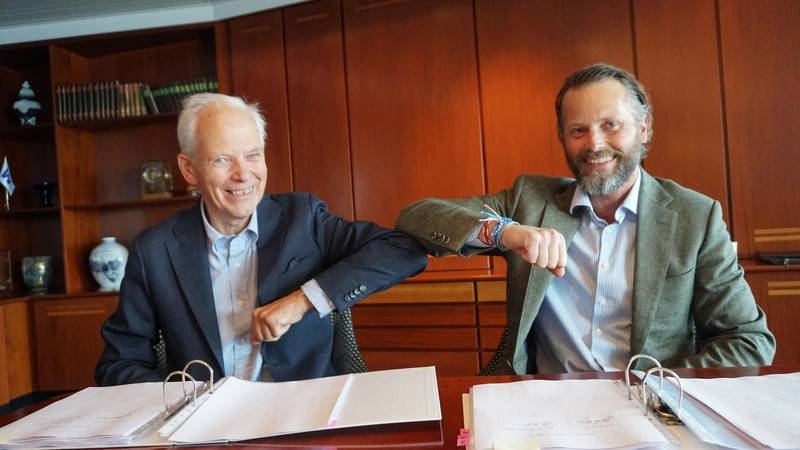 Edda Wind has already secured long-term charter agreements for two of the newbuilds ahead of their expected delivery in 2022.

Østensjø Rederi will continue to manage the Edda Wind fleet.

"With clear ambitions to target growth regions such as the US East Coast and Asia, the time was right for Norwegian towage and offshore service vessel owner Østensjø to join forces with a forward looking, experienced global maritime partner like Wilhelmsen, willing and able to play an active role in taking Edda Wind to the next level,"  Østensjø said.

Thomas Wilhelmsen also provided a comment on potential synergies and ways in which Wilhelmsen's involvement can unlock Edda Wind's potential.

He said: "With our unrivaled global network, decades of in-depth logistical and operational expertise, and experience in the renewable space, through our NorSea and Elevon interests, Wilhelmsen is uniquely equipped to help unlock Edda Wind’s enormous potential. We also know a thing or two about hydrogen as a marine fuel, which might come in handy for the future vessels.”

Kenneth Walland, CEO of Edda Wind and Østensjø Rederi said: "Having two strong owners like Østensjø and Wilhelmsen will be a huge advantage for Edda Wind, taking into account the growth that is expected in the offshore renewable market over the next years. We look forward to take advantage of the synergies between the two owners and are excited about further expanding our business with Wilhelmsen onboard,” says

The two companies agreed not to disclose any details related to the financial side of the transaction.

Håvard Framnes, Johannes Østensjø, Jan-Eyvin Wang, and Geir Flæsen will head up the board with two directors from each owner. Kenneth Walland will be Chief Executive Officer and Ervin Horn will be Chief Financial Officer.

The fleet and the contracts 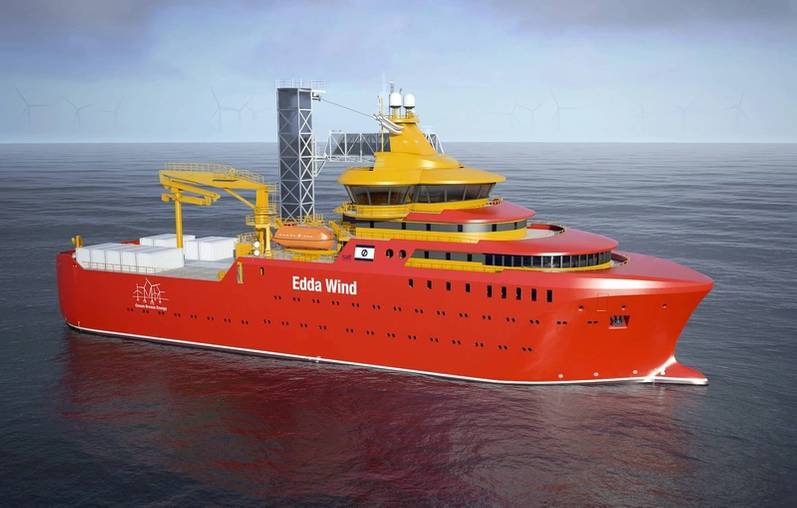 First, the charter agreement with wind turbine maker MHI Vestas is for a newbuild Service Operation Vessel (SOV). It will start in the second quarter of 2022 and has a firm period of 15 years.

The charter agreement with Ocean Breeze will start in the first quarter of 2021 and has a firm period of 11 years.

The contract will be served by a frontrunner vessel for the first year before the newbuild Commissioning Service Operation Vessel (CSOV) will be delivered in the first quarter of 2022.

The ships will serve as mother vessels for wind turbine technicians as they perform commissioning and maintenance work on offshore wind turbines.

The CSOVs are 88.3 meters and the SOVs are 82.4 meters long. All units will be equipped with high standard cabins and common areas where the CSOVs can accommodate up to 120 persons and the SOVs 60 persons in total.

The plan is for the second SOV and the second CSOV to both be delivered in the fourth quarter of 2022. Edda Wind has also secured slots for more sister vessels.

The newbuilds will be equipped with a battery hybrid propulsion system, which, together with other energy-saving equipment, will reduce the emission of greenhouse gases significantly, the shipowner has promised.