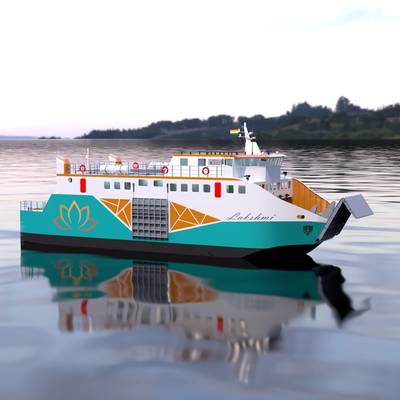 Following the Worldwide Ferry Safety Association’s (WFSA) Professional Program (held virtually on May 18, 2022), Awards were presented to finalist teams in the WFSA’s Ferry Design Competition, now in its ninth year.

Dr. Roberta Weisbrod, WFSA’s Executive Director, said the specifications for the design ferry were crafted to be ever more challenging from year to year, but that this year’s objective creating a safe and affordable ferry for transiting India’s Brahmaputra River, “that the River itself created the challenges.” As WFSA Board member Captain Nurur Rahman (a ferry veteran now based in Australia) pointed out, the river (which flows down from the Himalayas through eastern India) exhibits much siltation, varies greatly in depth, width, and current with the
seasons and the monsoon.

The student teams each gave their video presentations (which can be found at WFSA’s YouTube playlist for the event). Naval architect John Waterhouse, from Elliott Bay Design Group, led the questions, but student team members also chimed in with additional queries.

WFSA Board member Captain Rahman, whose previous positions included Director of the Papua New Guinea Shipping Department, is a highly sought after and well respected international maritime consultant, and has been a judge of the competition since its inception. He noted the profound importance of the design competition to improving critical competencies as well as the human centered approach. He commended all 12 student teams for completing credible design submissions for the extremely challenging specifications and said that he regrated that only four teams could receive awards.

In the competition, the vessels were to be designed to carry 150 passengers, eight vehicles, as well as bicycles, motorcycles, and freight (including agricultural products) across the Brahmaputra River, running down from the Himalayas through eastern India. Astute readers might find a pattern among the award winners; all the awardees were from the Pacific Rim, and three of the four were from Indonesia, sometimes known as “the maritime continent.”

First prize was awarded to the team from Surabaya ITS whose design had multiple positive features. The aluminum vessel which could be built in Cochin India, has diesel electric engines with a bio fuel generator, fuel filtration, with a double sea chest for engine cooling. The vessel named Lashmi (the goddess of wealth and good fortune in Hindi) has side and bow ramps for multiple berthing processes, With respect to safety features the vessel uses sensors for obstacle and navigational issues, urethane foam for maintaining buoyancy in the event of hull breach, has a good safety plan and evacuation analysis (marine evacuation slide system), a covid prevention plan). The report has a good analysis of return of investment.

Second prize went to the team from PoliBatam for their mono-hull vessel, the M.V Shankara (the god Shiva) which also has numerous positive features. The vessel uses Azimuth thrusters for maneuverability. Solar panels can support the ship's electrical power needs. Safe navigation is assisted with a Vessel Traffic Management System working with shoreside support, and with LIDAR sensors for obstacle avoidance. Load and unload is via side ramps, and the vessel is equipped with a turntable in the vehicle area, to expedite parking. There is a good safety analysis and evacuation analysis and flexible design in the event of pandemic. 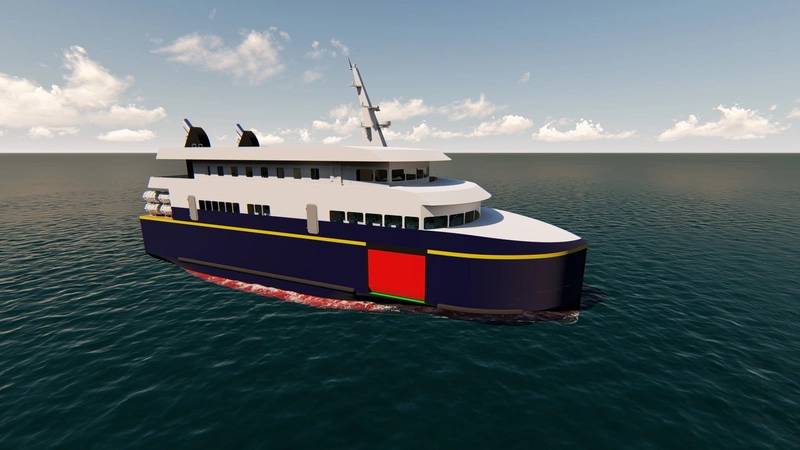 Two third prizes were awarded, including one to the team from the University of British Columbia, whose vessel is a catamaran with side ramps. Design features include separated vehicle and passenger space, and good design for the navigational bridge for better visibility. The vessel has standard sonar for depth changes, with spotlights for night operation. The outboard engine is intriguing. Construction at a local shipyard facility has been considered.

The other third prize winner, the Universitas Indonesia team’s vessel MV Triwitono, has an electric propulsion system and includes use of biodiesel. The vessel has fully enclosed deck spaces for cargo and passenger. Safety measures include radar and GPS for the navigation system, The design report has a thorough affordability analysis among its good operational calculations. 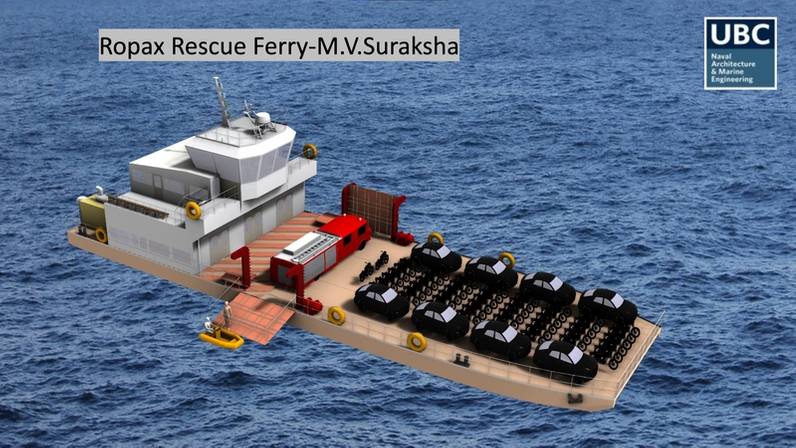