Awards for Crowley at Workboat Show 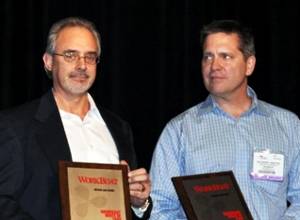 During the recent Workboat Show, Crowley was recognized for its environmental initiatives, receiving second place for the Environmental Management Plan Award.  The company was also awarded a Significant Boat of 2009 Award for the Nachik/Sesok.

The environmental award was developed to recognize businesses and government agencies operating in the U.S. maritime industry that have successfully incorporated environmentally sustainable practices into their operations. The awards committee was comprised of industry, environmental, regulatory and media representatives.