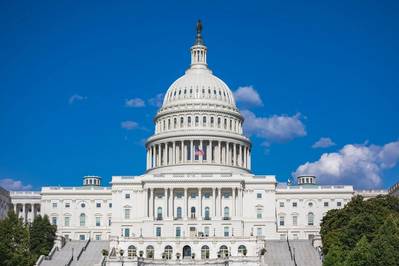 Committee Chairman Peter DeFazio (OR-4), in opening remarks, noted large recent spending increases for water projects, e.g., the new infrastructure bill and harbor trust fund policy changes in WRDA 2020. Still, he commented that even this new money cannot pay for the backlog of the Corps’ projects. Hence the continuing need to be selective.

Indeed, members’ requests showed communities across the nation struggling with project funding. An inherent challenge, of course, is to present a convincing case that a local project also has national value, or at least regional value.

Some projects meet this test easier than others. Rep. Sylvia R. Garcia (TX-29), for example, noted that Houston “has as many ship calls annually as the next three largest U.S. ports combined, and it provides $801.9 billion in national economic value.”

Similarly, Rep. Mary Miller, (IL-15) emphasized the need for continued work on Mississippi River Lock and Dam 25. “Nearly every bushel of soybeans, corn, and other grain transported along the Mississippi River from Illinois will pass through Lock and Dam 25,” Miller said. She urged the Subcommittee to prioritize “traditional infrastructure” in WRDA development and to “keep radical, Green New Deal priorities out of the bill, especially as we face $5 per gallon for gasoline.”

In contrast, many local projects showed a need for funding, but not a parallel national tie-in. Representative Katie Porter (CA-45), for example, sought funding for the Prado Basin Ecosystem Restoration Project. She listed many benefits, from eradicating a particularly thirsty invasive species to decreasing reliance on the Colorado River. All important to District 45. Now Congress has to judge the national interest.

The Biden-Harris Administration on Friday announced new funding aimed at improving ferry service across the U.S. The U.S.