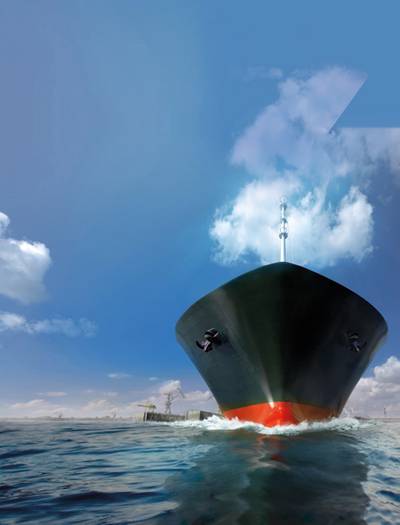 Reducing operational costs will continue to be a priority for all maritime businesses over the coming months. Efficiency improvements can often be made and now is time to consider solutions that deliver long-term savings.

There is an array of elements to a vessel that can be reviewed and tweaked. But coatings, in particular, is an area which is often ripe for improvement. Fouling to a hull can significantly increase frictional resistance – which in turn causes more fuel to be used. Engines may be forced to utilise up to 20 per cent more power over five years in the worst-case scenarios. And, with the International Maritime Organization (IMO) clamping down on carbon emissions, improving fuel efficiency isn't a topic that will go away any time soon.

It's clear that coating solutions aren't all equal. Only advanced offerings will provide increased protection for longer and yield a positive impact on fuel economy. Hempel’s Hempaguard MaX, firmly ticks this box.

A game changer for shipowners

Hempaprime Immerse 900 is an anticorrosive primer that can be applied in just one coat and Nexus II is a next generation tie-coat technology with improved anticorrosive capabilities.

Proven pedigree in the industry

This unique approach builds on Hempel's flagship hull coating, Hempaguard X7, which was first launched in 2013. Over the last seven years, Hempaguard X7 has been applied to over 1500 vessels. Owners have been able to collectively reduce their annual bunker bill by an eye-watering USD $500 million. That's not all. Around 10 million tonnes of CO2 emissions have also been slashed.

Hempaguard X7 was founded on Hempel’s patented innovative Actiguard technology. Actiguard combined the low surface friction of silicone with efficient fouling and impressively prevented biocides in a single coat.
But Hempaguard MaX, which has been on the market since September 2019, took things further. Hempel now guarantees a maximum speed loss* of just 1.2 per cent over five years for ship owners using Hempaguard MaX.

Hempaguard MaX at a glance:

Learn how Hempel can reduce your operational costs.

* Speed loss: If a vessel’s main engine is set at a certain power output, it will propel the ship through the water at a certain speed. Over time, fouling accumulation will increase drag and cause the speed of the ship to reduce even if the main engine power output remains constant. This reduction in speed is termed “speed loss”.