Contracts between vessel owners and charterers concerning the water transportation of goods are technically known in admiralty law as "contracts of affreightment". The charterer agrees to pay a freight charge for cargo space. The voyage, amount of cargo space, and time of delivery will all be covered by the contract. One common type of contract is the “voyage” charter. This type of charter usually concerns the hire of a vessel ‘s entire cargo space for one or more specific voyages.

If the charterer does not require the use of an entire ship, the agreement will specify what portion of the cargo is used and is referred to as a "space" charter. With these types of charter, the master (or agent) will give the shipper a bill of lading, to document the title to the goods and serve as receipt. The bill of lading is not in itself a charter or contract; the voyage charter is considered to be the governing carriage contract.

Another very common arrangement is known as a "time" charter. A time charter is similar to a voyage charter in that the charterer may direct the movements and cargoes carried during an agreed period of time and under certain limitations. Under a time charter, the shipowner is usually responsible for employing the master and crew for the specified duration.

Alternatively, the charterer may contract use of an entire ship, taking possession and control of the entire vessel for an agreed-upon period of time. This kind of contract is referred to as "a demise of the ship" or "bareboat charter" and effectively transfers ship-owner status for a very specific time. The contractor will be responsible for crew and personnel, repairs and supplies, and other duties of a ship-owner. This contract is much less common than contracts of affreightment.

“An ounce of prevention is worth a pound of cure.” – Henry de Bracton, DeLegibus…

A new edition of BIMCO’s Dispute Resolution Clause has been published. New wording…

Here is a multiple choice question:  which of the following contracts is considered…

President George W. Bush appointed Julie A. Nelson as the Deputy Administrator of… 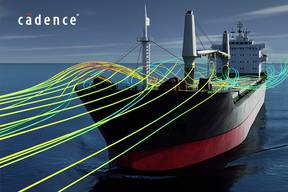