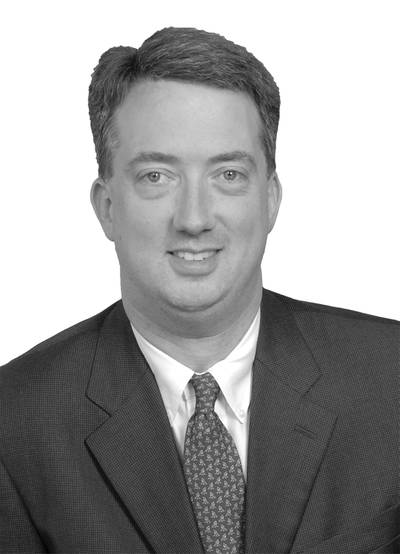 Here is a multiple choice question:  which of the following contracts is considered to be a “maritime contract” under U.S. law?
-    (a) a shipbuilding contract
-    (b) a ship-sale contract
-    (c) a ship-repair contract, and/or
-    (d) a ship mortgage
You will be forgiven if you simply tried to apply logic in answering this question and guessed that all four are maritime contracts.  If you know your maritime law, however, then you should have answered that “c” and “d” are maritime contracts whereas “a” and “b” are not.  Or, at least, that is the current state of the law.

Why might this matter?
In the first place, it may impact whether a claim can be brought in the federal courts or whether it must be asserted in state court.  Federal courts possess only “limited” jurisdiction, meaning they can only hear cases that are within the scope of their constitutionally defined jurisdiction.  If the dispute involves a maritime contract, a claim may be brought in the federal court under its “admiralty and maritime” jurisdiction.  If it is a non-maritime contract, however, then it may only be brought in the federal court if the “diversity” rules are met, meaning that the claim must exceed a certain amount and be between citizens of different states.  Importantly, claims between non-U.S. citizens do not meet the diversity requirement, whereas the court’s admiralty jurisdiction has no similar “citizenship” limitations.
A second important issue is that the maritime law has relatively permissive rules allowing for pre-judgment attachment of assets in support of a “maritime claim,” which are not available to claimants on non-maritime claims.  This right is principally defined by Rule B of the Federal Rules of Civil Procedure, Supplemental Rules for Admiralty or Maritime Claims.  Under that rule, a party may obtain an attachment of the defendant’s property located in a district where the defendant is not otherwise “found” merely by asserting a prima facie maritime claim. This is a low pleading threshold, and Rule B can be a very powerful tool—particularly useful in an industry where the business is international and assets are transitory.
A third and related issue is whether maritime liens can arise out of a breach of a contract.  Such liens can create powerful priority and enforcement rights both as against the vessel owner and third-party claimants who may be seeking to enforce their own claims against the same assets.  No maritime lien can arise from the breach of a non-maritime contract.

How did this happen?
How is it that a contract to build or sell a ship is not a maritime contract whereas a contract to repair or mortgage a ship is a maritime contract?  The answer goes back at least as far as 1857, when the United States Supreme Court decided People’s Ferry Company of Boston v. Beers  and said this about a shipbuilding contract:  “So far from the contract being purely maritime, and touching the rights and duties appertaining to navigation, (on the ocean or elsewhere,) it was a contract made on land, to be performed on land.”   In 1918, the Court of Appeals for the Second Circuit (encompassing New York, Connecticut, and Vermont) held in The ADA  that a ship sale contract was not a maritime contract.  The court cited no authority for the rule nor articulated any rational for the holding; nevertheless, the holding stuck and has been widely followed, in the Second Circuit and elsewhere.
For whatever their original merit, commentators have long criticized these rulings as defying logic and as being inconsistent with international practice.  As the eminent admiralty author Charles L. Black, Jr. wrote in Admiralty Jurisdiction: Critique and Suggestions,  regarding the determination of what contracts are maritime:  “The attempt to project some ‘principle’ is best left alone.  There is about as much ‘principle’ as there is in a list of irregular verbs.”  Others have described the analysis as “inconsistent even in its artificiality,”  as “produc[ing] bizarre results, outcomes that warp the fabric of admiralty jurisdiction,”  or, more to the point, as simply “unfortunate.”
More recent decisions from the Supreme Court have raised some hope among scholars that these rulings are susceptible to being overruled.  In Exxon Corp v. Central Gulf Lines, Inc.,  the Supreme Court reversed a longstanding bright line rule that agency contracts could never be maritime contracts.  That court ruled that “the ‘nature and subject-matter’ of the contract at issue should be the crucial consideration in assessing admiralty jurisdiction.”   And in Norfolk Southern Railway Co. v. James N. Kirby, Pty. Ltd.,  the Supreme Court held that a multi-modal bill of lading involving ocean carriage was a maritime contract governed by the Carriage of Goods by Sea Act even as to damage occurring on the over-land legs of the voyage.  According to the Kirby court, the inquiry was whether the contract had reference to maritime service or maritime transaction—in sum, was it sufficiently “salty” in nature to involve the court’s maritime jurisdiction.
In 2008, a United States District judge in New York felt sufficiently emboldened by these rulings to conclude that Exxon and Kirby “support the demise of the holding in The ADA” and ruled that a ship sale contract was a maritime contract and, consequently, that a claim thereunder would support a maritime pre-judgment attachment.   That court wrote “a contract for the purchase of a launched ship … has a distinctly ‘salty flavor,’ for the sole purpose of a ship is to sail” and “[maritime] commerce requires a vessel, sailors, and ship fuel, and there is simply no justification for including contracts for the latter two requirements in admiralty jurisdiction while excluding contracts for the former.”
Other judges in the Southern District of New York declined to follow the new course charted by Kalafrana, however, finding instead that nothing in Kirby and Exxon supported the ruling that The ADA had been reversed sub silentio.   And in December 2009, in Primera Maritime Ltd. v. Comet Fin. Inc.,  the Second Circuit thwarted a similar assault on the ship-construction contract rule, though perhaps not without providing a glimmer of hope for those aspiring someday to change the rule:  “[Plaintiff] is correct to point out that the conceptual approach taken in [Exxon and Kirby] suggests that modern principles disfavor per se admiralty rules based on the site of the contract’s formation or performance.”  Still, the Second Circuit concluded that its hands were tied:  “Until the Supreme Court declares that contracts for ship construction are maritime in nature, disputes arising from such contract will not give rise to the federal courts’ admiralty jurisdiction.”

Conclusion
It is probably just a matter of time before the right case gets before the Supreme Court that will allow it to reassess these jurisdictional questions in light of modern developments.  And one might surmise that if the Supreme Court is willing to take a critical look at its earlier rulings, it would be hard pressed to defend them in light of its rulings in Exxon and Kirby and in light of the widespread criticism of the current doctrine.  Of course, as we learned just recently with regard to its ruling on the heath care legislation, the Supreme Court is full of surprises.  So, we will have to wait and see what happens.

Thomas H. Belknap, Jr., partner at Blank Rome, concentrates his practice in the areas of international commercial and insurance litigation and arbitration, with a particular emphasis on the maritime industry. Email: TBelknap@BlankRome.com

(As published in the August 2012 edition of Maritime Reporter & Engineering News - www.marinelink.com)