Marine salvage is the process of rescuing a ship, its cargo, or other property from peril. Salvage encompasses rescue towing, putting out fires, patching or repairing a ship, refloating a sunken or grounded vessel, moving a disabled vessel in order to clear navigation channels, and raising sunken ships or their cargo. Equipment involved in salvage operations may include cranes, floating dry docks, and support vessels (such as tugboats). Commercial divers may be called upon to perform underwater tasks and monitor progress below the surface.

Protecting the marine environment from pollution from cargoes such as oil or other contaminants is often an important part of salvage activities. Usually the vessel or valuable parts of the vessel or its cargo may be recovered for its resale value, or for scrap. The vast majority of salvage operations are contracted to qualified seamen and engineers working as professional salvors. Usually, contracted agents expect no financial reward unless the salvage operation is at least partially successful.

If salvage is not performed under a contract, then the rescuer must act voluntarily and aside from any legal duty to act, other than the acknowledged duty to render assistance to those in peril at sea or to attend after a collision. If the owner or the owner’s agent is still on the ship, they can refuse offers of assistance. A vessel found entirely deserted or abandoned without hope or intention of recovery is considered derelict and is fair game for anyone who comes across it. It is not true, however, that the rescuer or salvor automatically becomes the owner of the property. The owner always has the option to reclaim his property by paying an appropriate reward.

New regulations aim to improve inland vessel safety throughout India, according to…

Containers Will Be Removed to Refloat Containership Ever Forward

A unified command consisting of the U.S. Coast Guard, Alaska Department of Environmental…

A ship carrying around 4,000 vehicles, including Porsches, Audis and Bentleys, that…

A cargo ship was cast adrift by storm Corrie on Monday in the Dutch North Sea, in…

"Offshore" refers to the discovery and development of oil and gas resources which lie underwater. Usually the term refers to ocean-based oil extraction , though the term can also apply to drilling in lakes and inland seas. The remote locations… 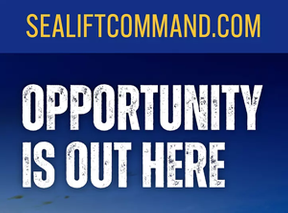