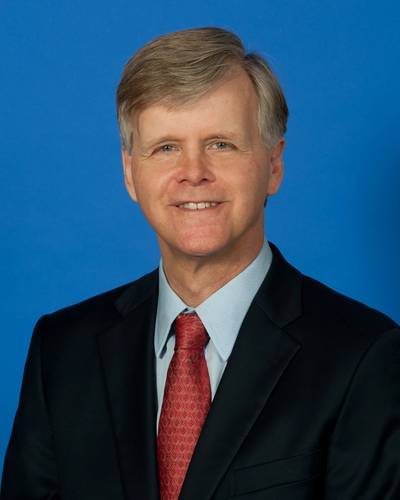 Mr. Cernak was AAPA’s immediate past Chairman and its 2019 Cruise Award recipient.

Upon learning of Mr. Cernak’s passing, AAPA President and CEO Kurt Nagle said: “Today we mourn the loss of one of the greatest champions of the port industry, Steve Cernak, port director and CEO of Port Everglades.

“Steve was a friend, a loyal colleague and a stalwart leader within the American Association of Port Authorities. He was always there to lend a hand to a port colleague, give of his time or share his knowledge and experience.

“As Chairman of AAPA last year, he dedicated all of his energy to promoting our industry. Even during his long illness, his zeal for this industry was unsurpassed. Whether it was attending the AAPA leadership summit or flying to Valparaiso, Chile, for the association's annual convention, he never wavered in his love of ports and AAPA.”

In a written statement, Glenn Wiltshire, Port Everglades’ deputy port director, said: “Port Everglades achieved many important, historical milestones under Steve’s leadership over the past seven years.  Most notably, he developed progressive solutions to advance the U.S. Army Corps of Engineers Port Everglades Navigation Improvement Project to deepen and widen the harbor after two decades of study. This achievement was celebrated throughout the local community and Steve received accolades from leadership at all levels of government and throughout the maritime industry.

“He also grew the operating revenue at Port Everglades by 17.5 percent and oversaw the construction of new cruise facilities and the start of the Southport Turning Notch Extension.

“Just last month, AAPA recognized Steve as the recipient of its 2019 Cruise Award. He was also named as one of the South Florida Business Journal’s 250 Power Leaders.

“Steve often said how much he valued the friendships and personal relationships that he developed throughout his lifetime.  Above all, Steve made it clear how much he loved his wife Cindy, his children and grandchildren. He will be greatly missed.”

Mr. Cernak’s family will be celebrating his life and his legacy privately, but welcomes hearing memories of their beloved husband, father, and grandfather. Those wishing to do so are encouraged to send their thoughts to porteverglades@broward.org.

In lieu of flowers, the family suggests donations to the following organizations: