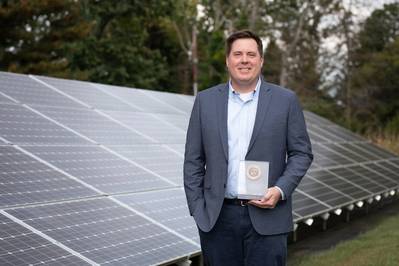 Edward A. Waryas, Jr., Board Member for NYSE-traded KNOT Offshore Partners, LP as the 43rd recipient of the award and co-chair of the award’s committee made the announcement.

The award is named in honor of Rear Adm. Lauran Strong McCready, the first and longtime Head, Department of Engineering at the U.S. Merchant Marine Academy located at Kings Point, N.Y.

A brief history of the Admiral McCready Award
Rear Admiral Lauren S. McCready was one of the original founders and builders of the U.S. Merchant Marine Academy. McCready joined the staff of the U.S. Maritime Commission as Cadet Training Instructor in 1940 following a start earlier that year at the Maritime Officers Training School at Fort Trumbull.

In February of 1942 he began the conversion of the Walter P. Chrysler Estate into the newly commissioned U.S. Merchant Marine Academy Kings Point. He was the First Head of the Department of Engineering while simultaneously overseeing the physical construction of Fulton Hall. Over the next three decades he achieved the Engineering Department’s first accreditation, founded the Nuclear Program, and later was the first Director of the National Maritime Research Center at Kings Point.

The Admiral McCready committee is headed by co-chairman Edward Waryas (’70) and John Hatley (’76). Nominations for future awards should be forwarded to Waryas at [email protected] or Hatley [email protected].

Kongsberg Digital is pleased to announce the appointment of Benedicte Willumsen Grieg to a newly created position as Vice President, Strategy.