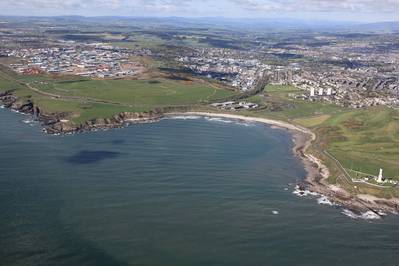 The EU's TEN-T Program will invest over $940,000 for development studies for a new harbor at Nigg Bay in Aberdeen, Scotland. The harbor is to support the existing Port of Aberdeen with a view to a significant traffic growth forecast.

The Port of Aberdeen handles around 8,000 vessel arrivals and 5 million metric tons of cargo a year. It is almost at its maximum capacity due to high levels of traffic, and the growth potential for the future is significant across several sectors.

However, the port's location near the city center limits its expansion. Thus, construction of a new port is a solution to this bottleneck, allowing increased traffic flows, larger vessels and better links with other EU ports.

This project will carry out an environmental impact analysis and physical modeling for the new harbor to become part of the Port of Aberdeen, as a response to the identified harbor bottleneck and the significant traffic growth projection.

It is part of a larger project aiming to construct new port facilities at Nigg Bay south of the city, and increase the port’s role as a key trade hub in northern Europe. A new deep-water quay of around 1,500m connected to the road and rail links is planned that will connect the shore links to the south. Construction is planned to start in 2016.

The project was selected for EU funding with the assistance of external experts under the TEN-T Annual Call 2013, priority 'Maritime transport'. Its implementation will be monitored by INEA, the European Commission's Innovation and Networks Executive Agency.

The project is to be completed by December 2015.