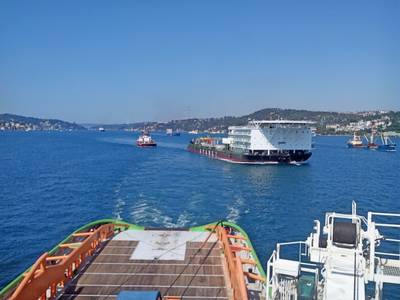 The Ayang 2 is an accommodation and work barge owned by the offshore division of Korean group Daewoo Shipbuilding & Marine Engineering. The 115-meter-long and 32-meter- wide barge, which can accommodate over 350 people, had undergone an upgrading at DSME’s Romanian shipyard in Mangalia, located at the Black Sea coast.

For this towage job Fairmount Marine was contracted by Daewoo’s logistics team. Tug Fairmount Sherpa hooked up with barge Ayang 2 and towed her to the location offshore Angola over a distance of 6,100 miles within 30 days at an average speed of 8.5 knots.
fairmount.nl