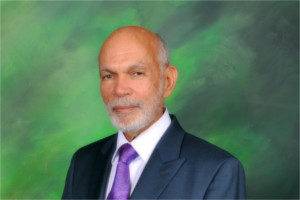 The American Caribbean Maritime Foundation (ACMF) announced it received a contribution of $150,000 from Mr. and Mrs. Roland Malins-Smith. Mr. Malins-Smith, now retired, is founder of SeaFreight Line Ltd. which was acquired by Crowley in 2015.

The ACMF funds scholarships and provides grants for classrooms and other facilities at the Caribbean Maritime University (CMU).

Malins-Smith, born in Grenada, began his career in 1970 researching shipping and transportation issues for the then Caribbean Free Trade Area (Carifta) Secretariat based in Georgetown Guyana. He was later seconded to the West Indies Shipping Corporation, a regional institution owned by Caricom governments, in 1977. He went on to hold a number of leadership positions in the maritime industry before founding the SeaFreight companies in the 1990s.

“My wife, Loretta, and I value the importance of training the next generation of mariners, seafarers and vessel operators who will build and lead the maritime industry in the Caribbean," said Mr. Malins-Smith. “Maritime is a global industry and the Caribbean is playing, and will play, an even greater role in the industry in years to come.”

"We are awestruck by the generosity of the Mr. and Mrs. Malins-Smith. Their gift will help to construct a much needed lecture theater and increase access for many students who wish to study at the Caribbean Maritime University,” said Geneive Dr. Brown Metzger, President and Executive Director of the ACMF. “The large majority of CMU students require financial assistance and the work of the Foundation actually helps to transform lives.”