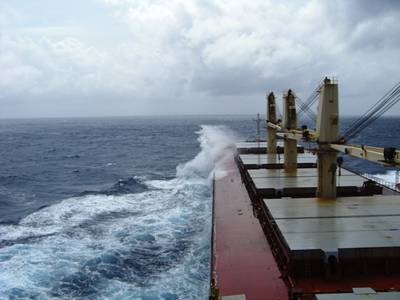 Star Bulk entered into a definitive agreement with Excel Maritime Carriers Ltd., and as a result, will acquire 34 drybulk vessels for an aggregate of 29.917 million shares of common stock of Star Bulk and $288.39 million in cash.

Star Bulk Carriers Corp. announced today that it has entered into definitive agreements with Excel Maritime Carriers Ltd. pursuant to which the company will acquire 34 secondhand operating drybulk carriers, consisting of six Capesize vessels, 14 sistership Kamsarmax vessels, 12 Panamax vessels and two Handymax vessels mainly built at shipyards in Japan, for an aggregate of 29.917 million shares of common stock of Star Bulk and $288.39 million in cash.

The vessels will be acquired in a series of closings which Star Bulk expects to complete by the end of 2014. The closings are expected to occur on a vessel-by-vessel basis, in general upon reaching port after their current voyages and cargoes are discharged.

Upon completion of the vessel purchase transactions, Star Bulk's position as the largest U.S listed dry bulk company will be further enhanced, with a fleet of 103 vessels on a fully delivered basis and aggregate cargo-carrying capacity of approximately 11.85 million deadweight tons, the company said.

Petros Pappas, Chief Executive Officer of Star Bulk Carriers Corp., commented, “We are excited to announce these vessel purchases that, when completed, will expand our presence as the largest U.S. listed drybulk shipping company, and one of the largest dry bulk owners and operators globally. These transactions mark an important next step in the evolution of Star Bulk following our recent merger transaction with Oceanbulk. We believe that these vessel purchases are accretive to earnings and cash flow per share. We also believe that after these transactions are completed, Star Bulk will be well positioned to capitalize on an improving dry bulk shipping market with significant operating leverage to rising rates. Furthermore, as with our recent merger transaction with Oceanbulk, these transactions will preserve our cash resources, as it will be funded primarily with new equity determined on a net asset value to net asset value basis and a bridge loan from Oaktree and Angelo Gordon. This is consistent with our strategy to be an active consolidator in the dry bulk shipping industry, using moderate levels of debt.”