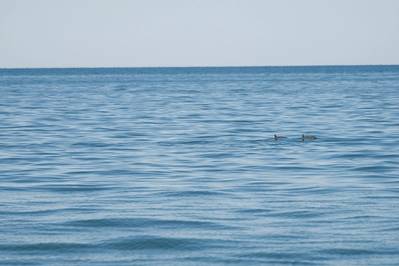 A boat from a conservation group carrying Mexican government inspectors was attacked while monitoring a near-extinct porpoise species in a protected zone of Mexico’s Gulf of California, Mexico’s environmental prosecutor Profepa said.

The attack occurred on Tuesday when a boat operated by conservation group Sea Shepherd encountered two small vessels engaged in illegal fishing in the area. Fishermen threw Molotov cocktails as part of the attack.

In early February, Sea Shepherd reported another attack in one of its ships in the same waters.

"It is noteworthy that in this new attack against those who monitor and tour the designated area, the aggressors are now accompanied by minors and that from the ships they throw Molotov cocktails with the intent of burning the authorities’ ships," Profepa said.

The fishermen also attacked another Sea Shepherd vessel that came to the site in support. Sea Shepherd did not immediately respond to a request for comment.

There are thought to be only between six and 20 of the vaquita porpoises left. Poachers have been flouting an international ban on entering the species’ last sanctuary off the coast of Mexico.