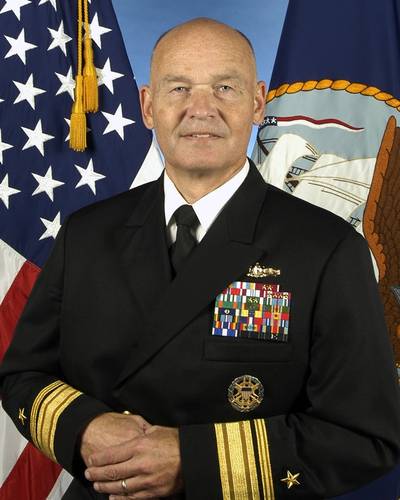 The U.S. Senate has confirmed Mark H. Buzby as the new administrator of the Maritime Administration (MARAD).

MARAD executive director Joel Szabat had been serving in lieu of the administrator following the departure of outgoing administrator Paul “Chip” Jaenichen.
Buzby, who was nominated by President Donald Trump in June, is a U.S. Merchant Marine Academy (USMMA) alumnus and retired U.S. Navy admiral with a military career spanning over three decades at sea and ashore. He was most recently president and CEO of National Defense Transportation Association (NDTA).
“I have no doubt that Administrator Buzby’s distinguished military career and experience as president and CEO of the National Defense Transportation Association will serve him well as he works to support and strengthen America’s maritime transportation system,” said Larry I. Willis, president of the Transportation Trades Department, AFL-CIO (TTD).