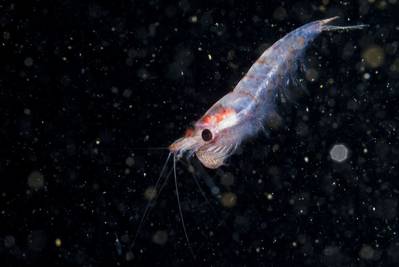 Norway's Aker BioMarine plans to raise 2.15 billion Norwegian crowns ($225 million) in a private share sale valuing it at 8 billion crowns, followed by a listing of the company's stock, its owners Aker ASA and Aker Capital said on Friday.

Aker BioMarine harvests off Antarctica small ocean crustaceans known as krill, rich in omega-3 fatty acids and eaten by whales, fish, seals and penguins, and turns it into food supplements and animal feed.

The Merkur listing will be a stepping stone to a full Oslo Bourse main board quotation in the first quarter of 2021, Chief Executive Matts Johansen told a news conference.

Aker BioMarine accounts for 69% of the global krill catch, he added.

Oslo-listed Aker is controlled by Norwegian billionaire investor Kjell Inge Roekke, who started out in the fisheries industry before branching out to oil and gas, real estate and other businesses.

"I have been curious about krill's nutritious and valuable ingredients since I started fishing in the early 1980s," Roekke said in a statement.

In the first quarter of 2020, Aker BioMarine reported $71 million in revenue and $10.4 million in earnings before interest, tax, depreciation and amortization (EBITDA).

The company aims to quadruple its EBITDA within five years to $200 million by increasing production capacity and adding new products, including in the human protein consumer market, Johansen said.

The warming of the oceans due to climate change has also increased algae bloom and boosted the quantity of krill in the ocean by around 16% in the last two decades, according to studies cited by Aker BioMarine.