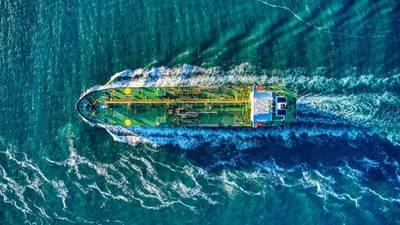 The new Alfa Laval CEC-S system (cascade exhaust gas cooling system) will be incorporated into WinGD’s gas engines where it will be used for cooling and recycling purposes.

“Developing this solution, in close cooperation with the leading low-pressure gas engine designer WinGD, has been highly satisfying,” says Sameer Kalra, President of the Marine Division. “It is also a clear example of our commitment to the “Getting to Zero Coalition” – an initiative aimed at addressing climate change through the development of new technology.”

"Fuel choice is key when aiming to reduce global emissions. In the marine sector, which traditionally uses heavy fuel oil, ever stricter rules are being implemented to limit emissions. There are several ways to comply, including using natural gas as fuel. Gas holds only a fraction of the nitrogen oxides and sulphur oxides seen in traditional fuels – and carbon dioxide emissions are lower. Alfa Laval aims to support the marine sector, no matter which fuel the shipowners decide to use, and help them secure efficient, reliable and compliant vessel operation," the company said.