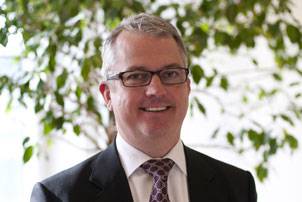 Joakim Thölin was appointed General Manager, Segment Marine & Diesel at Alfa Laval AB, effective as of April 1, 2010. He will be based in Tumba, Sweden, and he replaces Peter Carlberg who has taken up the position as Managing Director of Alfa Laval KK, Seoul Korea.

Joakim Thölin joined Alfa Laval in 1993 and has since held international management positions in Peru, USA, Korea and most recently as Managing Director in Austria and Regional Manager for the Equipment Division in the Sales Company Mid-Europe (Germany, Austria and Switzerland).

The Marine & Diesel Segment at Alfa Laval represents about 10% of Alfa Laval’s order intake and employs over 300 persons world wide including over 100 persons in central units in Sweden, Denmark, France, Italy, South Korea and China as well as about 200 persons in sales companies around the world serving our customers.