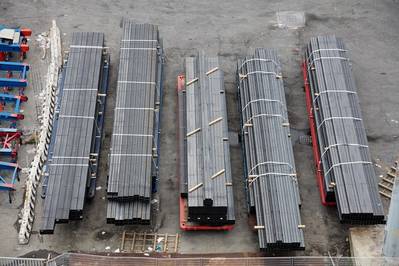 Morgan Stanley's top executive said on Wednesday that potential tariffs on steel and aluminum that U.S. President Donald Trump is expected to sign later this week are a "bad idea."
"The biggest issues this country faces are not trade deficits, they're fiscal deficits," Chief Executive Officer James Gorman told CNBC.
Gorman said that imposing tariffs on a country or ally that the United States sells a lot of goods to is not the "best way to move forward." He added that there may be retaliation from other countries due to the tariffs.
"You can't be unilateral with these things," he added. "Once you put in some tariffs, they will respond, whether they're friend or foe."
Gorman added that he is not looking to hire Gary Cohn, a top economic adviser to Trump, who is leaving the White House. Cohn was formerly president and chief operating officer at Goldman Sachs Group Inc.