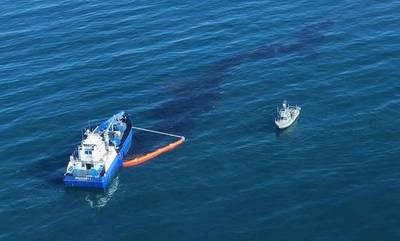 Amplify Energy Corp withdrew its full-year forecast on Monday, saying that a large oil spill from one of its subsea pipelines in southern California last month forced it to shut its operations in the region.

In mid-October, the U.S. Coast Guard said about 588 barrels (25,000 gallons) of crude oil was spilt, about a fifth as much as it initially estimated, from a pipeline connected to an offshore facility owned by Amplify's unit.

The oil and gas producer said on Monday that it was under multiple investigations by state and federal authorities over the incident, adding that it had spent about $17.3 million so far to clean up the spill.

Amplify has not estimated how much it would totally spend on the clean-up, but said it expects industry insurance to cover a "material portion" of the costs, including loss of revenue resulting from suspended operations.

The company said it may seek contribution from third parties, including any vessels that may have played a role in the spill, as officials investigate if a ship anchor striking the pipeline could have triggered the leaks.

The company had in August raised the lower end of its full-year production forecast by 1,000 barrels of oil equivalent per day (boepd) to 24,000-25,000 boepd. It had also raised its adjusted core earnings and free cash flow estimates for the year.

Net loss narrowed to $13.5 million from $17.7 million a year earlier, while revenue of $97 million beat Refinitiv-IBES estimates of $66.07 million.

(Reporting by Ruhi Soni in Bengaluru; Editing by Ramakrishnan M.)