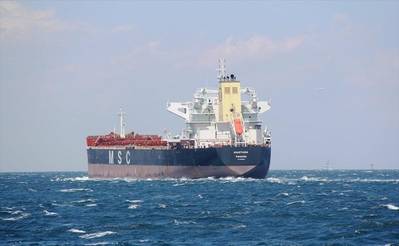 The crew of bulk carrier Anastasia has debarked in Japan after six months stuck at anchorage off the coast of northern China.

The vessel, its coal cargo and mostly Indian crew had been at a standstill since September amid the ongoing COVID-19 crew change crisis and a trade spat including a Chinese ban on Australian coal imports. Anastasia's operator Mediterranean Shipping Company (MSC), which maintains the Panamanian-flagged vessel and organizes its crew, said the ship's charterer and subcharterer were caught in the resulting political and trade uncertainty as dozens of bulkers were left idled off the Chinese coast for months.

Making the problem worse is an international crew change crisis caused by the COVID-19 pandemic that has left hundreds of thousands of seafarers trapped at sea. China is among many countries worldwide who are prohibiting crew changes at its ports due to coronavirus restrictions.

MSC, which voiced concern for the wellbeing of the crew trapped on board Anastasia, said it had attempted to arrange for a crew change as far back as June 2020 up through this month in destinations such as Hong Kong, Japan, South Korea and the Philippines, but that its requests were denied by local authorities or not implemented.

"MSC tried to convince the chartering and commercial parties in control of the vessel and its cargo to allow a crew change in various locations before it arrived in Chinese waters, and again while it was at anchorage outside the Chinese port of Caofeidian, although COVID-19 protective measures closed off many options in China which would normally have been available," the company said.

MSC, having exhausted all its options including diplomatic efforts between Indian and Chinese authorities, said it advised Anastasia's master to sail to Japan on February 4 after "already grave concerns for the safety and wellbeing of the seafarers intensified".

"MSC prioritized the Japanese option as the quickest and most efficient way to provide the necessary relief for the crew and to enable the ship to subsequently continue in service as it may be required by the charterers," it said. "The priority now is to get them home."

Eighteen seafarers reached Japan on February 10 and will undergo medical examinations before being repatriated by MSC as soon as possible, the company said, adding it will continue to monitor their physical and mental health going forward.

International crisis
As the latest measure to alleviate hardship on seafarers, MSC recently joined forces with industry peers in a worldwide call to action to end the humanitarian crisis at sea. Signed by more than 300 companies across the maritime sector, the Neptune Declaration on Seafarer Wellbeing and Crew Change defines actions to facilitate crew changes and keep global supply chains functioning.

"While MSC observes and supports COVID-19 health and sanitation requirements wherever it operates, the impact of restrictions on crew changes has taken its toll on hundreds of thousands of seafarers globally, throughout the pandemic crisis," the company said.

"Since the spread of COVID-19 worldwide, MSC has engaged directly with governments and intergovernmental bodies, as well as non-governmental organizations, to campaign for better standards and protocols for crew changes."

"MSC believes that those in control in similar situations should work to prioritize the wellbeing of seafarers and their families above commercial interests, as human suffering and lives are at stake."

China is paying a high price for its unofficial ban on coal imports from Australia, with the cost of domestic and alternative…