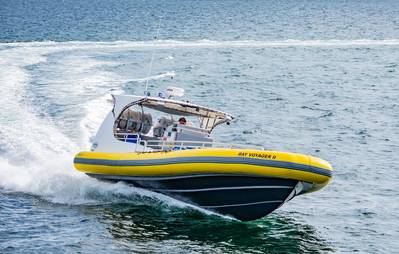 The vessel was originally built for San Francisco-based tour company Bay Voyager, but is now for sale from Armstrong Marine.

The USCG Subchapter T vessel has capacity 28 passenger plus two crew. It features Naiad’s heavy-duty fendering system and a full width aft canopy. The semi-open cabin provides passengers with unobstructed views throughout the vessel. A head compartment is incorporated beneath the console.