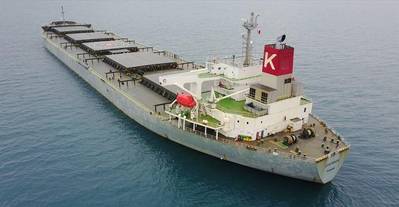 A Panamanian-flagged bulk carrier has been detained and is temporarily prohibited from entering Australian ports after it was discovered the crew onboard was being underpaid.

The Australian Maritime Safety Authority (AMSA) said it banned the Costanza for three months after it found evidence that crew were owed about AUD$108,000 in wages, and that the majority of the crew seafarer employment agreements had a salary amount less than the collective agreement for the vessel.

AMSA made the discoveries during a routine port state control (PSC) inspection November 9, during which it investigated a complaint from the International Transport Federation (ITF) about underpayment of seafarer wages.

The ship was detained for breaches of the Maritime Labor Convention (MLC).

“Taking financial advantage of seafarers in this way is nothing short of exploitation,” said AMSA Executive Director of Operations, Michael Drake. “The majority of industry operators do the right thing by their seafarers, but for the few who do not, consider this a reminder that you will be held accountable. We do not tolerate the exploitation of seafarers in our waters.”

The vessel's operator, Orient Line Corp. Japan, has since taken the required steps to ensure all seafarers on board are paid in full, AMSA said. The agency added it has received confirmation that the seafarers from Costanza have now been paid their outstanding wages and the vessel has been released from detention.

Once the ship departs Newcastle it will not be permitted to approach or enter an Australian port until February 9, 2023.