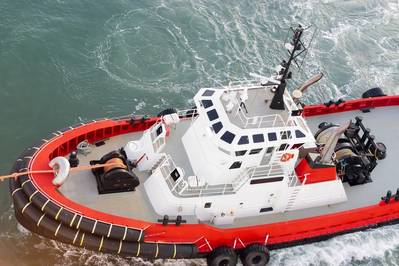 A trade group representing the U.S. tugboat, towboat and barge industry is urging the California Air Resources Board (CARB) to reconsider new harbor craft engine emissions regulations that many in the industry say will be difficult, if not impossible, to comply with.

The American Waterways Operators (AWO) said it is "deeply concerned that CARB's proposed regulations mandate engine technology that is not available and is not certified as safe by the U.S. Coast Guard; impose an infeasible compliance schedule; and vastly underestimate the cost of compliance and financial impact the requirements will have on vessel owners, especially smaller companies."

"The tugboat, towboat and barge industry is committed to taking bold action to address the environmental challenges of our time and welcomes opportunities to work with CARB and other stakeholders toward that goal," said Jennifer Carpenter, AWO's president and CEO. "Unfortunately, CARB's proposal risks sidelining not only the most environmentally sustainable mode of freight transportation, but also an industry that has safely and reliably kept cargo moving during the pandemic and supply chain crisis of the past two years."

Notably, the proposed regulations will require vessel owners to spend millions of dollars modifying vessel hulls to house Tier 4 engines with massive Diesel Particulate Filters (DPFs). According to AWO, these yet-to-be approved DPFs bring with them formidable challenges involving size and volume considerations. DPFs may require increased power generation, offsetting some of the emissions reductions we have seen with larger engines, the trade group added, noting there are many questions and few answers about this new DPF technology.

AWO said it and other harbor craft operators have been attempting to work with CARB over the past three years in an effort to explain the "substantial flaws" in the agency's approach. The trade group said it has also pointed out that the proposal is based on flawed data that overstates the number of harbor craft and the time these vessels spend in California regulated waters. AWO said CARB has shown an unwillingness to address and correct the acknowledged errors, and that the erroneous data has led to invalid conclusions and proposed requirements that are cost prohibitive and, in some cases, structurally infeasible.

"We strongly encourage CARB to embrace an alternative approach that would 1) create more aggressive emission reduction goals but set compliance deadlines further into the future so that companies have time to accommodate new technology, and 2) develop financial incentives for existing harbor craft to upgrade to higher tier, lower emissions engines, and develop a parallel course of financial incentives for new vessels with zero emissions technology as it becomes available and is proven feasible," the AWO said. "This alternative approach will result in more transformational improvements in air emissions reduction while being technologically and economically feasible."

CARB's virtual hearing will be held Thursday, March 24. The harbor craft rules are scheduled to be heard at 9 a.m. (PDT).