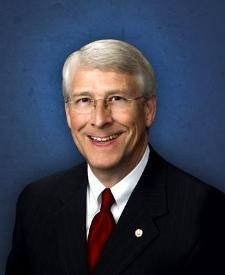 “Funding our military and defense operations is essential to the safety and security of every American,” Wicker said. “Passing the NDAA bill ensures that our troops receive the resources necessary to protect America’s national interests here and abroad.”

Wicker included a provision to ensure that the Navy pursues a balanced force structure. This provision requires the Commandant of the Marine Corps to provide a report to Congress on the number of amphibious ships the Corps needs to fully execute its operations abroad.

“Ensuring our Navy is provided with a robust and capable fleet is of utmost importance to U.S. security. Sustained production of the next generation of amphibious ships is critical to the ability of our brave sailors and marines to defend our nation.”

Wicker also included several provisions to bolster the military’s ability to carry out its missions and keep our troops as safe as possible. Wicker also authored a prohibition on foreign governments constructing satellite GPS stations in the United States.

“I was shocked to learn last month that the Obama Administration was in negotiations with President Putin to allow the construction of Russian GPS ground stations on U.S. soil,” Wicker said. “I am pleased the legislation will prohibit Russia from building ground monitoring stations in the United States that could allow Russia to gather intelligence and improve the targeting of its missiles.”

An additional provision offered by Wicker and Sen. Joe Donnelly, D-Ind., could help prevent military suicides by requiring a pilot program to screen service members for mental health problems and refer them to behavioral health specialists.

“The increase in military suicides and mental health issues among our veterans is heartbreaking,” said Wicker. “The Donnelly-Wicker provision is a step in the right direction as we seek to uphold our responsibilities to our newest generation of heroes.”

Wicker was instrumental in other key provisions, including a prohibition on the implementation of a Base Realignment and Closure (BRAC) for one year. As ranking member of the Airland Subcommittee, Wicker also secured the construction of light utility helicopters and unmanned aerial aircraft for use by the nation’s armed forces.