Ocean RIG Files for Bankruptcy Protection in US 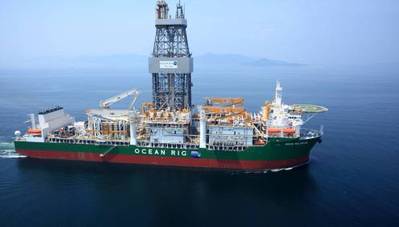 Rig contractor Ocean RIG UDW Inc filed for Chapter 15 bankruptcy protection in a U.S. court amid a deep and prolonged downturn in the industry.

Shares of the company plunged 36.4 percent to 46 cents in early trading on Tuesday.

The Cyprus-based company, which had $3.25 billion in debt as of Dec. 31, filed for bankruptcy in the United States Bankruptcy Court for Southern District of New York on Monday.

Under U.S. bankruptcy laws, Chapter 15 grants a foreign company protection from creditors looking to seize its assets in the country. The company said on Tuesday it entered into an agreement with creditors representing over 72 percent of Ocean RIG's outstanding consolidated indebtedness for a financial restructuring.

(Reporting by John Benny in Bengaluru)