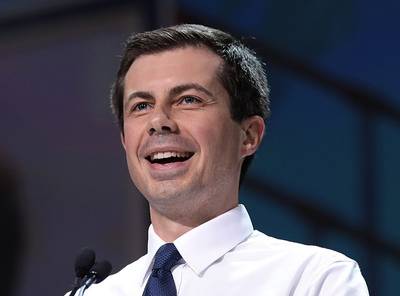 President-elect Joe Biden touted the diversity of his incoming administration as he introduced former rival Pete Buttigieg on Wednesday as his choice for U.S. transportation secretary.

Buttigieg, the former mayor of South Bend, Indiana, would be the first openly gay Cabinet secretary confirmed by the Senate if he is approved.

Appearing with Buttigieg in Wilmington, Delaware, Biden said the 38-year-old would confront the task of upgrading America’s aging infrastructure and restoring what he called “our crumbling roads, bridges and ports.”

Buttigieg’s nomination, which requires Senate confirmation, caps a political rise that saw him emerge from obscurity to mount a surprisingly robust campaign for the Democratic presidential nomination eventually won by Biden. A military veteran who served in Afghanistan, Buttigieg is in the vanguard of the next generation of Democratic politicians and is widely seen as a future presidential contender.

“I’m also mindful that the eyes of history are on this appointment, knowing that this is the first time an American president has ever sent an openly LGBTQ Cabinet member to the Senate for confirmation,” Buttigieg said.

When Buttigieg ended his campaign and endorsed Biden in March, Biden offered him high praise, saying the Indiana native reminded him of his late son, Beau.

“Americans shouldn’t settle for less than our peers in the developed world when it comes to our roads and bridges, our railways and transit systems. The U.S. should lead the way, and I know that in this administration we will,” Buttigieg said.

“This administration can deliver policies and resources that will create jobs, rise to the climate challenge, and equitably serve all Americans, all while continuing to ensure the safety of travelers and workers alike,” Buttigieg added.

Biden has methodically assembled his administration despite President Donald Trump’s refusal to concede the election. The Republican president has made unfounded claims of widespread fraud in the Nov. 3 election.

“Too soon to give up. Republican Party must finally learn to fight,” Trump wrote on Twitter.

Biden, who served as vice president under the nation’s first Black president, Barack Obama, has vowed to build a government that reflects the country’s diversity.

In addition to Vice President-elect Kamala Harris, who will become the first Black person, Asian American and woman to serve as the nation’s No. 2, Biden has named multiple women and minorities to Cabinet-level positions.

Though Buttigieg is seen as a rising star within the party, some liberal groups and Black activists criticized him during the campaign for not doing enough as South Bend mayor to address racial inequality.